Rivers: PDP tells INEC to announce its candidate as winner of the election 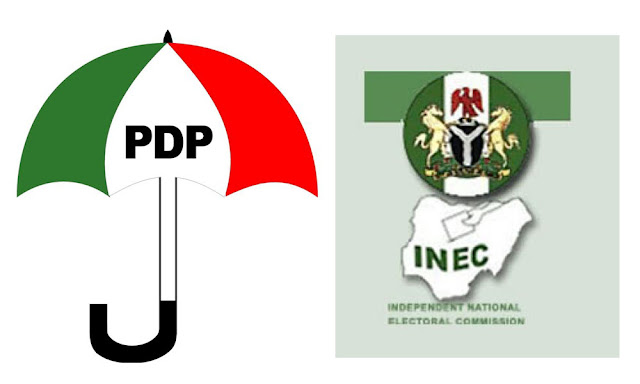 Following the results of the fact finding committee set up by the Independent National Electoral Commission (INEC) to investigate the manifest disruption of the collation of the results of the 9th March 2019 Governorship and House of Assembly general elections by the Army and the Federal-State Anti-Robbery Squad (F-SARS), the state PDP has called on INEC to announce its candidate as winner of the election.

This is contained in the statement by the Rivers State PDP Chairman, Bro Felix Obuah, and made available to The Nation yesterday.

The Rivers State PDP said it has accepted the pronouncements INEC made, after receiving the report of the fact finding committee, as substantial representation of the true state of the electoral process before the suspension.

According to the statement, “After a thorough and holistic review of the report and findings of its Committee, INEC has in a release on the night of Friday 15th March 2019 made three fundamental verdicts on the elections in Rivers State, as follows:

“It has the complete collated results of the Governorship and House of Assembly elections in 17 local Government Areas of the State in safe custody;

“21 out of 32 State constituency results of the state had already been declared and returned as elected prior to when it suspended the electoral process in the state; and it would on 20th March 2019 issue detailed timelines and activities for the completion of the election in the state.”

The Rivers PDP therefore urged the INEC to follow its guidelines to fill the missing gap, if any, in the collation process “for the remaining five local government areas by generating the full results from the unit results already in its custody and declare our candidates the clear and unassailable winners of the 9th March 2019 Governorship and House of Assembly elections in Rivers State.

“We commend the INEC for standing by the truth and for its courage and principled determination to ensure that the votes of the people of Rivers State as freely and overwhelmingly expressed on the 9th of March 2019 in favour of the PDP effectively count.

“We also commend the Chief of Army Staff, Lieutenant-General Yusuf Tukur Buratai, for inaugurating the Major-General TA Gagariga’s led Committee to probe the allegations of misconduct, including the assassination attempt on our Governor, His Excellency Nyesom Ezenwo Wike by soldiers during the 2019 general elections,” the statement added.

The party also called on the Acting Inspector General of Police, Mr. Abubakar Mohammed Adamuto, to institute a similar panel to probe the brazen involvement of the Rivers State Commander of F-SARS, Mr. Akin Fakorode, and his gang of police operatives in the organised invasion of polling units, collation centres, abduction of electoral officers and the shooting and killing of innocent persons during the general elections at Khana, Gokana, Ikwerre, Eleme, Tai, Oyigbo and Ogu/Bolo local governments of the state.

A Nigerian on the run from the law in the United States of America (USA) remains in detention in Canada six months after consenting to extradition.

He crossed the border to Canada on foot illegally and was consequently arrested by the Royal Canadian Mounted Police which turned him over to Canada Border Services agents.

His lawyer, Sabrina Lapolla, who represented him at his extradition hearing last year, abruptly left the case in November.

He said he was “surprised to hear he’s still in Canada.”

The 50-year-old pleaded guilty to one count of “promotion of child pornography” in Harris County, Texas, on Feb. 23, 2018. He was scheduled to be sentenced on May 10 but instead fled to Canada. He crossed at Roxham Road on March 9, 2018.