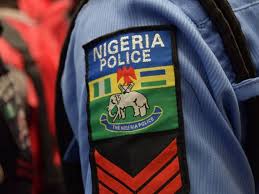 No fewer than 36,392 registered voters in three out of 11 wards in the council area were disenfranchised in the last governorship and House of Assembly elections in the state following the inferno that gutted voting materials meant to be used in Oriuzo 009; Okposi Umuoghara 007, and Ekaa 002 RACs.

The police spokesperson in the state, ASP Loveth Odah, told newsmen in Abakaliki, the state capital that the policemen have been placed on trial.

Odah said: “Two mobile policemen were posted to each of the wards that were attacked. We didn’t post them there because we knew such attack would come or for them to counter the attack, but because they needed to be closer, while they call on tactical unit once there is any eventuality.

“But we were surprised that the invaders came and got all the materials and the building burnt unchallenged. So the commissioner of police ordered for their arrest. They have been under investigation to ascertain whether their claims were true.

“The most senior among them said that as soon as those thugs arrived, they switched off the generator and everywhere became dark to the extent that someone could not see. So seeing the light go off they knew there was problem. But the problem is where do you shoot from because any careless shooting could lead to the loss of innocent citizens they were meant to protect. He stated that that idea made them not to act at all.

“But that was not enough. You know we do not believe any story told by anybody to defend himself because it might be to prevent themselves from being punished. That is why they have been subjected to our internal investigation to enable us ascertain if actually what they are saying is true. But for now investigation is still on. The six of them were posted to the three wards that the incident happened. We are waiting for INEC officials who were posted to come and give their own statement, which is a vital information in the investigation and it will help us to ascertain if what the police officers said was true”, she stated.

Meanwhile, the Commandant of the Nigeria Security and Civil Defence Corps (NSCDC) in the state, Steve Amoga, has said that the corps and its sister security agencies carried out their works professionally during the just concluded general elections in the state.

“I monitored the presidential and gubernatorial elections in Ebonyi with heads of sister security agencies which include the police, army, Department of State Security (DSS) among others.

“Security personnel were stationed 500 metres off polling units as unarmed ones were at the various units to ensure orderliness for a credible electoral process,” he said.

Amoga stated this while fielding questions from newsmen in his office in Abakaliki.