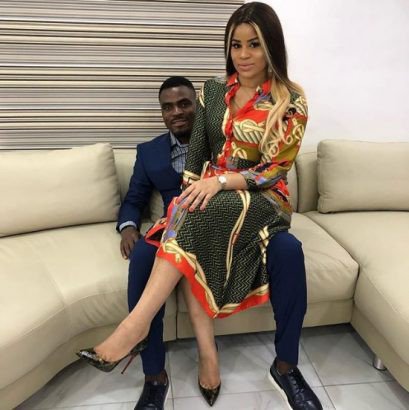 BBNaija “Pepper Dem Gang” housemate, Mercy, has just revealed how she was dumped by Footballer Emenike for someone else while they were still dating.

Mercy, when talking with Elozonam, another housemate in the house, said she felt he jilted her for an ex-beauty queen, Iheoma because she was a low-life at that time.

She also added that though the player loved her, she dumped her because of her social class and that the incident inspired her to become somebody in life.

Her conversation with Elozanam when she got talking to him about her past horribly failed relationships and they have shaped her in some way.

Mercy said when she found out the player was getting married, Emenike had already blocked on every place on social media, cutting every form of access.

Meanwhile, Emmanuel Emenike and wife, Iheoma Nnadi, appear unbothered after Big Brother Naija contestant, Mercy stated last night that she dated the footballer and found out he was getting married on social media.

Emenike just shared a video of himself and Iheoma laughing off her claim on his IG page.

See the video below: