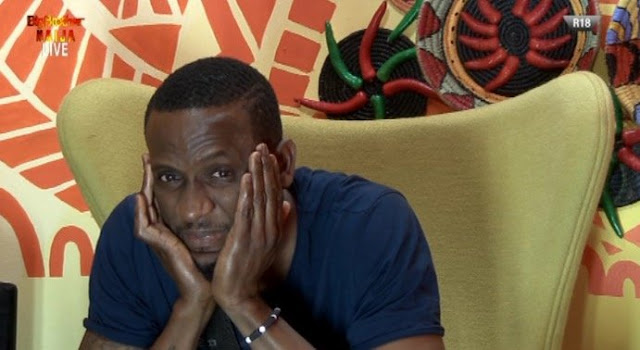 Omashola’s behaviour in the diary room during the live nomination show has generated lots of funny comments on social media.

The 38 year old who could not remember Diane’s name started to utter gibberish when he was asked to nominate two housemates for possible eviction.

Omashola whose aim was to nominate Elo and Diane for possible eviction got lost when he wanted to Pronounce Diane’s name.

Big Brother was left with the option of helping him out with the correct pronunciation of Diane’s name to be sure of which housemate he wanted to nominate.

Nigerians have taken to twitter to share their thoughts on this hilarious incident that happened to Omashola in the diary room.

@NGN10698087 - #BBNaija Omashola is truly a clown. I just laughed my heart out damn  biggest clown I just loved him now so #FroddNation #KingFrodd #TeamOmashola


@anita2k4 - My guy developed amnesia because of nomination If he says her name is Daniel then Daniel it is. #TeamOmashola we move

@mistar_sly - Indirectly telling them to go settle their love issues outside