‘Fulani assassins in front of my house’ – Nnamdi Kanu cries out 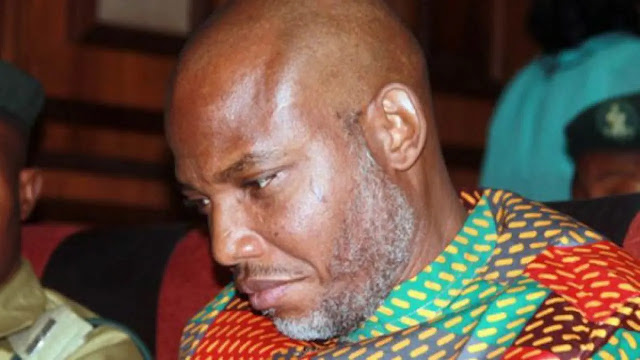 Nnamdi Kanu, the leader of the proscribed Indigenous People of Biafra, IPOB has raised the alarm over the alleged presence of ‘Fulani assassins’ at his residence.

Kanu on Saturday night threatened to expose whoever sent the assassins said to be in a white Toyota Hilux in front of his house in Isiama-Afarakwu.

Speaking on his Twitter page, the IPOB leader warned the assassins to retrace their steps or face his wrath.

Kanu on his Twitter page wrote: “The Fulani assassins in a white Toyota Hilux loitering in front of my house in Isiama-Afaraukwu tonight better retrace their steps. Whoever sent them will be exposed and held accountable.

“The Efulefus that invited them on this dark day is in for one almighty shock.”

This is coming after the Indigenous People of Biafra, IPOB on Saturday alleged that the federal government in collaboration with Abia State Governor, Okezie Ikpeazu, were planning to kill members of Nnamdi Kanu‘s family who are living in his compound in Isiama, Afaraukwu in Umuahia.

A press release by Emma Powerful, Media and Publicity Secretary of IPOB stated that some armed security personnel have been stationed in front of the compound.

The release reads in part, “Another round of genocide looms again at the front of our leader’s compound in Isiama Afara ukwu Ibeku Umuahia, Abia State by Fulani terror group.

“IPOB intelligence unit is gathering information on how Okezie Ikpeazu and co stationed Fulani terrorists in front of our leader’s compound in Isiama Afaraukwu, the ancestral home of our leader, Mazi Nnamdi Kanu tonight.”