I might pose nude for cover if… – Ex-BBN Housemate Avala 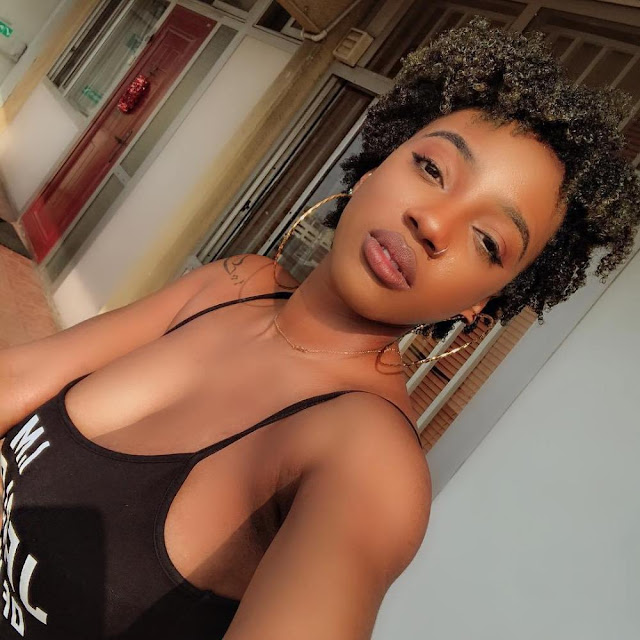 Former Big Brother Naija (BBN) housemate, Saidat ‘Avala’ Balogun, who studied Music and Business at York College in Queens, New York, is a budding singer. The Ogun State native’s ambition is to spread her music all over the world. Being one of the very first contestants to leave the house, she speaks to SAMPSON UNAMKA and DAVID ORAEMEKA, on her exploits, passion, and favourite housemates on the show among other issues. Excerpts.

Were you disappointed leaving the house at the early stage?

Yes, I was disappointed I left the house so early. I never thought that I would leave the house that soon and especially based on a game of chance and not vote.

What were the expectations you had in mind before going in?

The expectation I had in mind before going into the house was that I thought I would be able to stay long enough to showcase my talents and to also show my personality more and at least be long enough for that, but who knows what would have happened if I stayed longer. I probably would have won. I don’t know, guess we never know.

Most people go on the show for the fame, what’s that part of your plan?

Yes, I went inside the house for fame and also for the experience and I felt that it would be a very good social experiment for me and I found it pretty fun.

Were you just into music before going into the house?

Before I entered the house yes I was a full-time musician and also a mum. I also had like a side business where I used to make hair wigs for people. Yeah, that’s it.

Your fans said your strategy failed. Was that true?

Even with your short stay in the house can you say that has given you the platform you wanted for yourself or your business?

Well , I don’t think that one week was enough for me at all but I decided to just vibe with the little platform I had gotten and basically try to elevate myself and put myself out there as much as I can especially for my music career. It wasn’t enough for my music career but I have been given a lot of love and support from my fans and I do not regret any of that.

Who’s your favourite housemate and who do you think will win the Big Brother show?

Well, I have two favourite housemates, to be honest. My favourite housemates are Mercy and Mike .I like Mercy because Mercy is really down to earth. She shows her flaws, she’s very caring ,she has this human sympathy that I like and she shows than the other cast members. She is really hot and I feel she’s the real pepper of the show and I like Mike because he is just a neutral person. He is funny. It is fun the way he praises his wife, the way he carries himself and everything about him shows how mature he is and he is just playing the game as best as he can and also at the same time not messing up his relationship and his brand.

From your profile, you are a fashion freak, would you agree to pose nude on a top magazine cover?

I wouldn’t consider myself a fashion freak but I just love to look good. I don’t like sticking to one particular look. I like changing my style and changing my look. I just basically like to feel good or dress the way I feel at that particular time and also I don’t really know if I would actually pose nude for cover unless if it for a good cause and good payment(laughs).

What’s up with your foundation for battered women?

The Foundation for Battered Women is still in the works. I am definitely still going to make that happen. I still need guidance and sponsorships. This means a lot to me and I feel like if I should do it anyhow, it is not going to get the message that am trying to put across. I want women to be comfortable, coming out, telling their stories, showing their emotions and letting people know what is going on all over Africa with women in general and I want to be able to make that place a safe place for us because it is not easy being a woman in a man’s world but very soon, things would change because it’s already started changing.

My music career being a female artist is very hard. It is harder to break through into the audience because they think we are talentless or they think that most of us are women that are sleeping with men to get to where we need to be when we are out there and there’s plenty of women out there very, very talented but we go to studios and different places and they all want to try and sleep with us, exploit us or not take us seriously sometimes. If you noticed some posters from some concerts, you will see either one woman and plenty of men but there is a lot of women out there that are doing music. Why is there only one woman on the poster? I have been going through that. In some cases, there would be no woman at all on the poster for some concerts and some shows but hopefully, things will start to change very soon.

What’s the best thing about being a single mum?

Been a mum in general is a blessing because there are plenty of women out there who are looking for children. When you have a child, you consider it a blessing that you brought another human being into the world and not only that, even if you adopt a kid or you raise someone else’s child, just being responsible for someone is a lot of work. Being responsible for someone is also a blessing because the way that person might grow up is a reflection of the way you raised that child and I want to be a role model for my child and to be able to be someone she can look at and say that’s my mum, that who I respect, that who I love ,that who I want to be like, what am trying to do with my whole career. I want to make myself happy at the same time making my child happy.

In a previous interview, you said crying does not make you weak and it’s better to let it out. Frodd is well known for crying and his fans tagged him weak, would you say it’s true?

Crying does not make you weak. Crying is something that is needed. It’s therapeutic. And you guys need to understand that inside that house the emotions are on a 100. We were missing our families, we had not seen outside, we’ve all been through stuff in our lives that are affecting us and inside that house we tend to start reflecting on those things that we missed out in our lives or the things that we wished we could change or that has happened to us that we couldn’t just help but to remember because there was no TV, no clocks, no nothing and the only thing we were left with was the game and our thoughts. I understand why he is very emotional and I don’t see him being weak at all. Omashola has cried, Mercy has cried, Tacha has cried, everyone in the house has shed tears at one time or the other. Even if they didn’t cry, a lot of people in there have had a lot of emotional experience and been in that show was very, very emotional.

What do your fans expect next from your music and your other businesses?

I want to take my music to the next level. I am definitely working on my EP called looking for Avala which would drop soon. I am also going to drop a new single and drop a video at the same time. I am also working on some movie projects. I want to get into the Nollywood industry, and am working on opening several businesses and partnering with some others and hopefully, everything will fall in place and everybody should stay tuned.

Mention one Nigerian A-list artiste you would love to do a feature with?