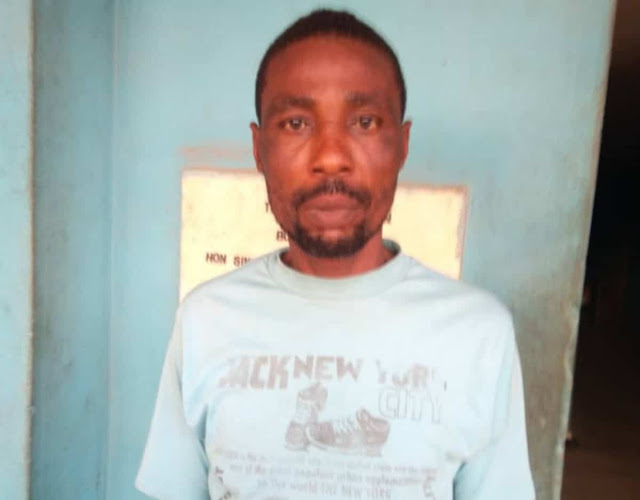 A 43-year-old man, Oluwole Bamidele, has been arrested by men of the Ogun State Police Command for having unlawful carnal knowledge of his neighbours’ six-year-old daughter.

Followed a report by one Ikechukwu Blessing Orji, who reported at Agbado police station that, while his wife went out to give cloth to her tailor at about 12:45pm of the day of the incident, the suspect who is a co-tenants in the same house with them lured his six years old daughter into his room and allegedly defiled her.

The girl was reported to have quickly informed her mother as soon as she returned.

A statement by the Ogun State Police Public Relations Officer, DSP Abimbola Oyeyemi, said, “On the strength of the report, the DPO Agbado division, CSP Aloko Amodu, detailed his detectives to the scene of the crime at Kayode Street Agoro area of Agbado where the suspect was arrested.”

Oyeyemi disclosed that the suspect initially denied the allegation until the victim was confirmed defiled at a hospital.

Meanwhile, the Commissioner of Police, CP Bashir Makama has ordered the immediate transfer of the suspect to Anti-Human Trafficking and Child Labour Unit of the State Criminal Investigation and Intelligence Department, for proper investigation and prosecution.