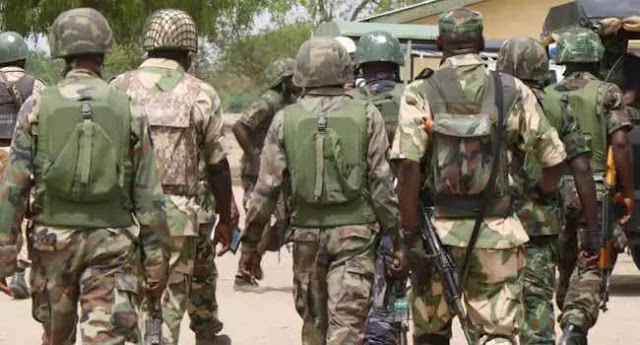 A photojournalist with the News Agency of Nigeria, NAN, Ibrahim Bashir has been detained by soldiers at the venue of the Economic and Financial Crimes Commission (EFCC) convocation in Kaduna.

The soldiers also seized the photojournalist’s camera and took him to the guardroom.

Confirming his arrest through a phone call, Ibrahim said he was lucky his phone was not seized by the soldiers and was able to place a call to colleagues.

“Right now as we speak with you, I am inside a guardroom at the NDA because a senior officer ordered for my arrest without telling me my offence.

“I showed him my Identity card that I’m a photojournalist with NAN but they (Soldiers) refused to listen to me.

“I was not manhandled by the soldiers. They only detained me and took away my camera,” he said. When contacted, the NDA Public Relations Officer, Major Abubakar Abdullahi, said the photojournalist had been released even though he didn’t say why the photojournalist was detained.