#BBNaija 2019: Tacha opens up on being held hostage by Big Brother, reveals what happened 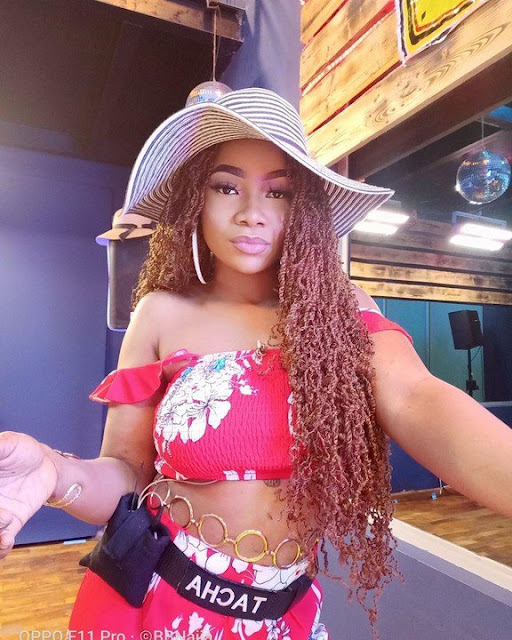 Big Brother Naija housemate, Tacha, who was disqualified on Friday, has addressed reports that the organizers of the reality show held her hostage after her ouster from the house.

Dove Bulletin had reported that following her disqualification, a trending video, emerged that soldiers and bouncers were called in to stop Tacha from leaving the hotel she was lodged.

A member of her management team had claimed that BBNaija crew were trying to get her to speak about the show.

But Tacha reportedly rebuffed and insisted she wanted to go home.

However, speaking on her Instagram on Tuesday, Tacha denied that she was held hostage.

According to her, the report was ‘fake.’

She said, ”Please everything about me being held hostage by Big Brother is just fake, people are just trying to be crazy with me. I’m just coming out I don’t want to any of this.

”Big Brother has nothing to do with this. I just needed time to reflect that is why I was off social media.”