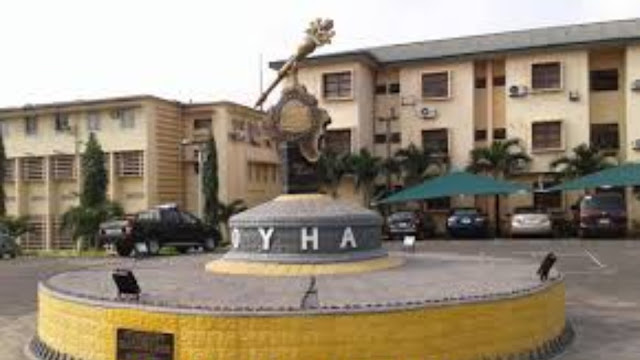 The Oyo State House of Assembly, on Thursday, passed the state anti-open grazing bill into law.

The passage of the bill, Dove Bulletin reports, is coming barely twenty-four hours after some Fulani herdsmen in the state threatened the State House of Assembly with legal action should it decline to rescind its decision to pass the bill into law.

Dove Bulletin gathered that the bill entitled, “Open Rearing and Grazing Regulation Bill 2019″, is jointly sponsored by the Speaker of the Assembly, Adebo Ogundoyin, the deputy Speaker, Abiodun Fadeyi, Majority Leader, Sanjo Adedoyin and the minority Leader, Asimiyu Alarape. The law would prohibit open grazing in the state.

Our correspondent recalls that some herdsmen in the state who converged on Igangan, an agrarian community in Ibarapa North Local Government Area, where they met for several hours, on Wednesday resolved to use the legal option to stop the state House of Assembly from going further to enact the proposed law.

The Fulani herdsmen at the meeting presided over by the Sarkin Fulani of Oyo State, Alhaji Saliu Abdul-Kadir described the Bill as “too draconian” and targeted at crippling herdsmen from practising their age-long cattle rearing activities across the state. They threatened to sue the Assembly if it does not step the bill down.

But, the Oyo Assembly despite the threat by the herdsmen, finally passed the bill into law, saying that the law will foster peace and promote agricultural business in the State.

The House noted that the bill which was passed at its Thursday plenary is to avoid continuous damages and end loss of lives and unquantifiable investment to constant clashes between herders and farmers.

Speaker of the House of Assembly, Mr. Adebo Ogundoyin while speaking on the importance of the bill, appealed to residents of the state to ignore falsehoods and misconceptions on the bill.

According to him, the public hearing was held in which critical reviews and opinions of all concerned stakeholders, individuals, groups and experts were accommodated and considered before it was passed into law.

“We assure the people that all suggestions and memoranda of understanding submitted by various groups, agencies and representatives of different communities and tribes on the open rearing and grazing regulation bill 2019 was painstakingly looked into before it was passed into law.

“I am appealing to everyone to shun the rumour spreading that the law is to make life and business unbearable for some targeted group or set of people, rather it seeks to promote peace among residents and different tribes in Oyo state.

“Both herders and crop farmers are farmers, and because laws are made to correct, definitely we do not expect it to favour anyone 100 per cent. I implore them to embrace developmental changes this law is bringing into the agricultural business after its enactment.

“Let us consider a partnership, cluster farming, cooperative ranches and other helpful methods that are working in successful neighbouring countries. If we truly desire development and growth in our agriculture, then we have to get ready and adopt new strategies to boost our produces and reduce the loss of resources and lives,” he said.