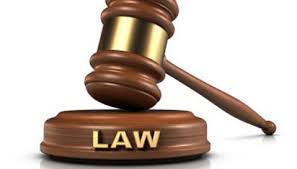 An Ado-Ekiti Magistrates’ Court on Wednesday ordered that a 32-year-old man, Sunday Afolabi, be remanded in prison over alleged murder.

The defendant of no fixed address is standing trial on a one-count charge of murder.

Police Prosecutor, Sgt. Olubu Apata told the court that the defendant committed the offence in Ado-Ekiti on September 28.

He alleged that the defendant murdered a 28-year-old man, Bamidele Jimoh.

Apata said the defendant and the deceased had an argument which resulted in a fight which was later mediated by a police patrol team.

He said the following morning, Jimoh’s dead body was found at the scene where they fought with the necklace of the defendant also at the scene of the crime.

He added that although there was no eyewitness, the defendant was a suspect.

Awosika adjourned the case until November 12.