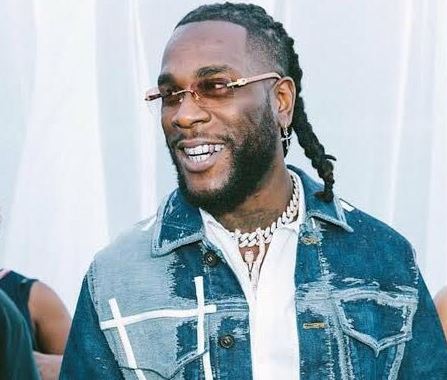 Damini Ogulu aka Burna Boy is currently the topic of discussion on social media following his latest achievement as it regards his career, and agenda to take African music to greater heights.

The singer was recently announced as a nominee in the World Best Music Album for the upcoming 2020 Grammy Awards show. Burna Boys 2019 released African Giant album was nominated alongside Angelique Kidjo and three others.

Since the news broke, excited music lovers and colleagues of the artiste have flooded their pages with congratulatory messages for his nomination.

Reacting to this great news, Adekunle Gold and Simi took to their Twitter page to write; 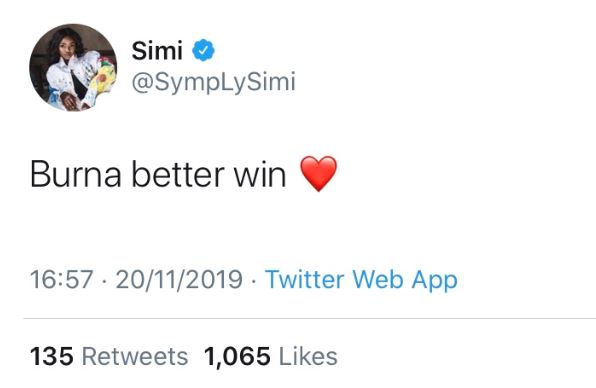 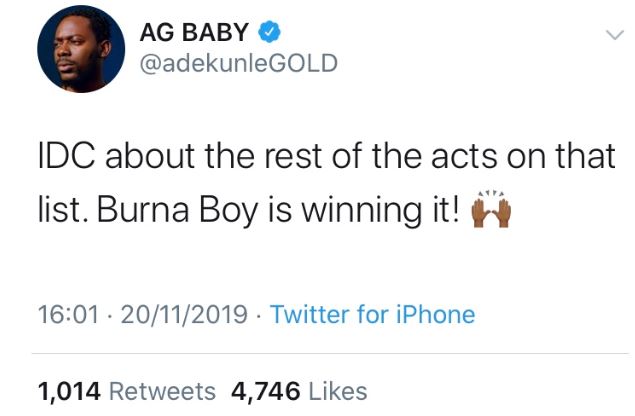