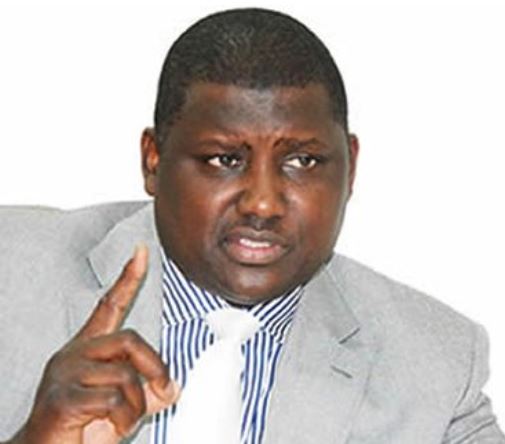 Maina is standing trial before the court on alleged diversion of public funds estimated at about N2billion, among other money laundering related offences.

In a ruling on Monday, Justice Okon Abang equally ordered Maina to produce two sureties who must be serving Senators.

The serving senators, the judge said, must not be standing any criminal trial in any court in the country.

The judge added that the two sureties, who must each sign a N500m bond, should always accompany Maina to court.

He said the sureties could be from any part of the country but must have landed property fully developed in Asokoro or Maitama District of Abuja with statutory certificates of occupancy issued by relevant departments of the Ministry of Federal Capital Territory.

“The Chief Registrar of this court shall, in writing, ascertain the validity or otherwise of the certificates of occupancy,” he said.

The judge said the sureties shall each submit three years tax clearance certificates, and ordered the defendant to deposit his United States passports with the court’s Chief Registrar of the court, pending the conclusion of the trial.

“The defendant shall also deposit to the Chief Registrar of this court his Nigerian international passports, his official and diplomatic passports if any, whether or not these passports have expired.

“Where the 1st defendant does not have official or diplomatic passports, a letter from Immigration Service shall be obtained in this effect,” he held.

Justice Abang stated that the sureties shall undertake to appear in court with the first defendant at all adjourned dates, pending the conclusion of the trial.

“Where at least one of the sureties is not in court with the defendant, the court shall be at liberty to revoke the bail of the 1st defendant and accordingly order him to be remanded,” Justice Abang said.

The judge ordered the prosecution through the investigating police officer, to, in writing; ascertain the residence of the sureties to be in FCT, Abuja.

He adjourned further proceedings till November 26.

Unlike the case in his last two appearances in court, Maina walked to the courtroom, on the second floor of the courthouse, unaided. He supported himself with a walking stick.

He said despite the unchallenged evidence contained in the prosecution’s counter-affidavit, “I will take a risk in the interest of fair hearing.”

The judge noted that although the prosecution gave reasons why Maina should not be granted bail, the defendant was still innocent until the contrary is proved.

Although Maina had, in his bail application, assured that he will attend court regularly and not tamper with prosecution witnesses, the prosecution argued otherwise, insisting, among others that he is a flight risk.