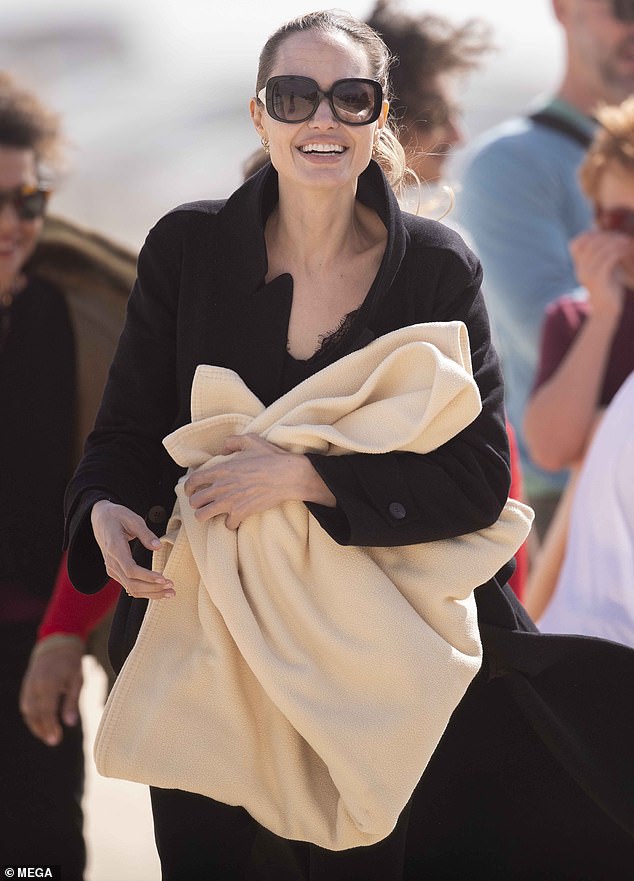 Angelina Jolie joined her own children and her 12-year-old The Eternals co-star Lia McHugh to a beach outing on the Canary Islands this weekend.

Sweeping her dark hair back into a ponytail, Angelina wrapped herself in an elegant black coat that emphasized her trim frame.

She showed off her svelte legs in a pair of fitted black slacks for her beach outing, slipping into silver-toned sandals.

The thrice-married bombshell looked prepared for a beach picnic, carrying a cream blanket that she was presumably going to drape on the sand.

Lia could be seen chatting with Shiloh as the group - which included several other people - strolled across the beach.

The Eternals is a Marvel superhero ensemble movie with a massive star-studded ensemble cast headed up by Angelina. 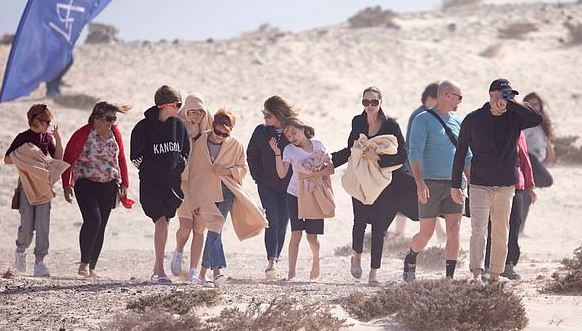 Salma Hayek will also be in the movie, along with such names as Atlanta star Brian Tyree Henry and Richard's old Game Of Thrones co-star Kit Harington.

Angelina shares her four children - Maddox, 18, Pax, 15, and the four who went with her to the beach this weekend - with her ex-husband Brad Pitt.

She left Brad in September 2016 two years after they married at their Chateau Miraval in the South Of France, and the divorce is still in progress.