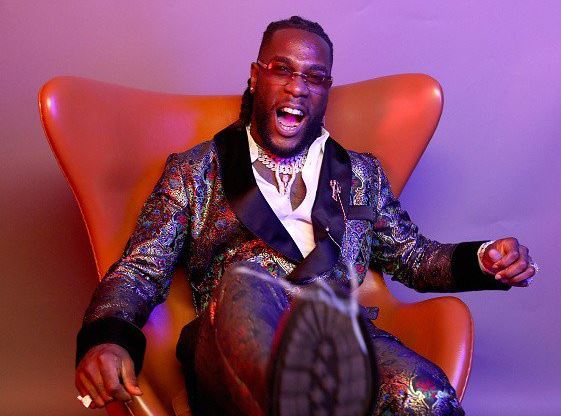 Award-winning Nigerian Musician, Burna Boy aka African Giant has been withdrawn from the upcoming ‘Africans Unite’ concert scheduled to hold in South Africa on the 23rd November.

Amidst the death threats fired at him after his comments during the xenophobic attacks, the African Giant still announced his intention to perform at the concert.

However, following extensive engagement with Burna Boy’s team, Phambili and Play Media network have decided to withdraw the artiste from performing.

Not only that, the ‘Africans Unite concert’ which was scheduled to hold on the 23rd has also been cancelled. On this note, provisions have already been made for fans who already bought tickets to be refunded. 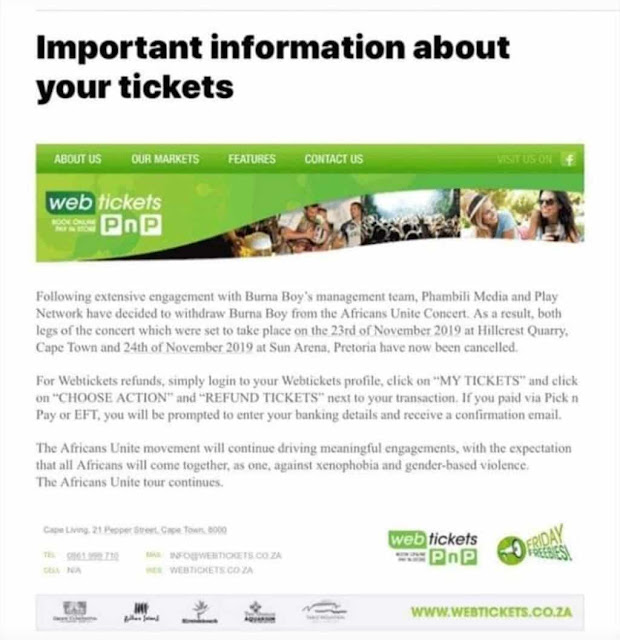