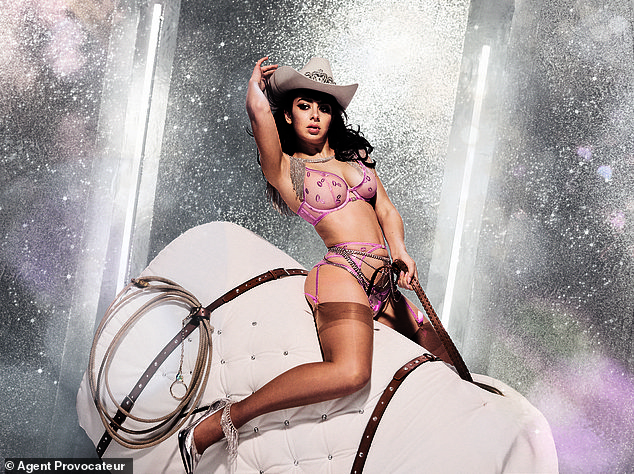 Outside of winning over fans with her chart-topping hits, she's also become known for her sartorial prowess and penchant for showing off her stunning physique.

Charli XCX, 27, is set to send temperatures soaring with her latest venture, as she's been unveiled as the face of Agent Provocateur's new Christmas campaign.

In a range of first-look shots, the Fancy hitmaker is seen sporting an array of racy lingerie as she poses atop a mechanical bull in the Wild West-themed campaign. 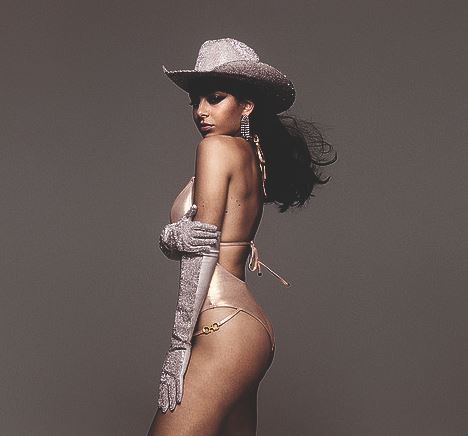 In one image, released on Monday, the Essex-raised beauty wows in an all-red ensemble, which includes a lacy bra and panties with chaps, as well as a cowgirl hat.

Another snap shows her confidently handling the reins on the mechanical bull as she sports a similarly barely-there patterned pink lingerie outfit.

With each full-length shot showing her wearing colourful heels, the musician also poses as a pageant queen, complete with a sash and tasselled opera gloves.

In another photo, Charli – real name Charlotte Aitchison – poses inside a lasso while wearing an all-black ensemble that includes stockings and suspenders. 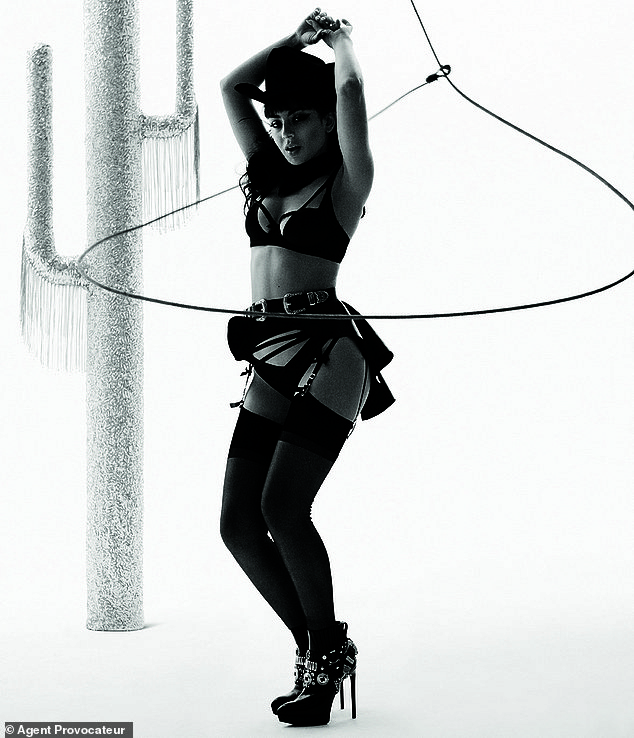 Charli, who appears in the stunning images under the creative direction of Sarah Shotton, described her experience of working with the lingerie giant as 'iconic'.

She said in a statement: 'Being a part of AP’s Xmas campaign was iconic! Nothing says Christmas like naughty and nice with a dash of cowgirl.

'I love all these pieces so much and this whole shoot day was so wild... so fun, it was a pleasure to work with such a legendary brand.'

Rising to fame with her chart-topping 2013 hit I Love It, the singer hasn't been afraid of expressing her larger-than-life persona through both her music and style.

And amid her busy work schedule, the Cross You Out songstress revealed she and Australian songwriter Troye Sivan used to enjoy some downtime by throwing raucous house parties in Los Angeles. 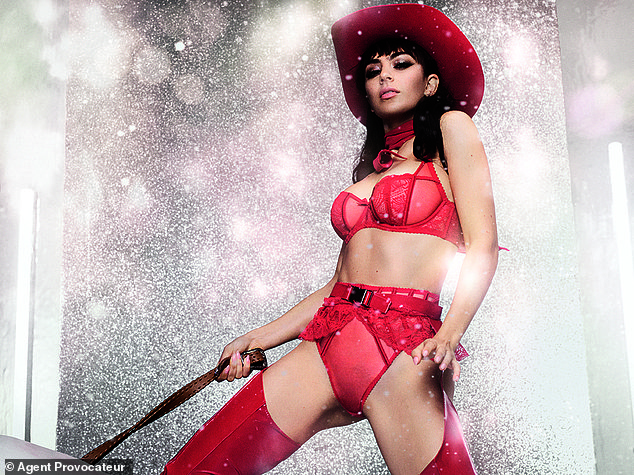 On her wild days, the media personality told Dazed: 'We went through this phase of just throwing like a f***load of parties.

'We would just leave the doors open, send out the biggest group texts, and so many people came. Like, the police would come, it was a real nightmare. Our neighbours hated us. All our cars got keyed.'