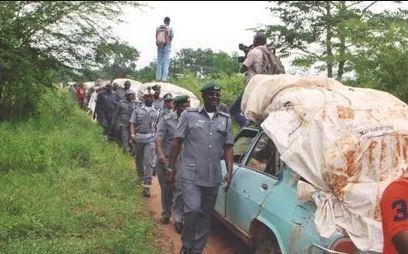 Six suspected rice smugglers have been arrested by operatives of the Nigeria Customs Service (NCS) in Katsina State. Two of the suspects are said to be from Katsina while the other four are from Kebbi State.

The commander in charge of NCS’s Drill 4 comprising of Katsina, Kebbi and Sokoto, Assistant Comptroller General, Bashir Abubakar, said the suspects were being drilled to track their sponsors.

He said the service will now go after those behind the smuggling activities. Items reportedly seized were 220 bags of foreign rice and two J5 buses loaded with foreign vegetable oil.

In a related development, the Comptroller Katsina/Kaduna Command, ‎Dahiru Musa Kirawa said a lot of secondhand clothes and cars have been seized by the command from suspected smugglers.