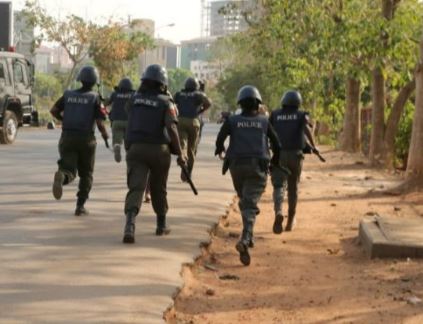 A fake police officer has been arrested by men of the Nigeria Police Force at the Igala Unity Square area in Anyigba, Dekina local government area of Kogi State.

The fake policemen, dressed in a black T-shirt and black trousers with a black jacket with SARS inscribed on it was accosted by a team of actual Special Anti Robbery Squad officers who were on patrol in the area.

When accosted and upon inquiry, it was realised he was not a policeman as he claimed to be and was immediately arrested and taken away in the bus.