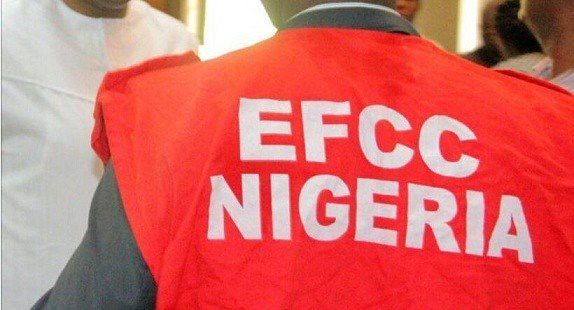 Others being interrogated are some staff of the internal revenue service.

EFCC’s investigations have therefore uncovered how 24 ex lawmakers of
the state Assembly, immediate past commissioner for finance, Ademola Banu and some companies were found complicit in the alleged swindle.

Operatives from the Ilorin zonal office of EFCC also discovered during investigations that about five companies linked to highly placed politicians in the state also allegedly benefited about four billion naira from the money without any valid contractual agreements with the
state government.

Other beneficiaries include former Kwara state accountant-general, permanent secretaries and others.

A staff of KWIRS while being interrogated by the operatives of the commission, it was gathered said “the house of assembly members were collecting four million naira monthly for public relations and shared among themselves.

“The former Kwara state commissioner for Finance Ademola Banu was collecting five million Naira every month without working for it. In fact, Mr. Banu used to collect it in cash, I would take it to his house, if we didn’t give him, he would not approve anything we took to him.”

On his part, Bakare, a former chairman of House committee on appropriation and finance, was reported to have said “they used to send the money, four million Naira monthly into the account of my personal assistant who is presently being detained by the EFCC, he will then withdraw the money and give it to me, I will now hand it over to the Speaker, who will in turn share to all the honourable members.”

“Some honourable members did collect the money in cash while some would insist that the money should be transferred into their accounts.”

EFCC operatives were said to have discovered that a personal assistant to ex-governor of the state, Rafiu Olasile received the sum of N10 million cash from one of the aides to Hon Bakare.