‘How we were robbed, raped at gunpoint by fellow student’ 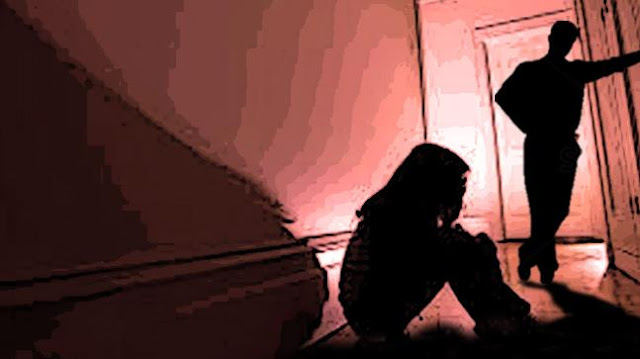 Two students of Lagos State University (LASU) on Monday narrated before an Ikeja Special Offences Court how they were allegedly robbed and raped at gunpoint by a fellow student.

The students, who were both wearing niqabs (Islamic garment which covered the body leaving only their eyes uncovered), told the court that they lost their virginity in the attack.

They made the revelation while testifying as prosecuting witnesses during the trial of a fellow student of LASU, Afeez Ogunbowale, over alleged armed robbery and rape.

Led in evidence by Mrs O. A. Bajulaiye-Bishi, the prosecuting counsel, the students who were roommates, told the court that they were 200 level students when the alleged rape and armed robbery occurred on April 18, 2018.

The witnesses told the court that at around 3am, the light of a torch was flashed into their apartment, awaking them suddenly and five men including Ogunbowale, who were armed with a gun and machete, forced themselves into their apartment. Student A (name withheld), 23, told the court “they took three phones, a gold chain, earpiece, power bank and N1, 200. Three of the men left, leaving the defendant and one other person who I cannot identify.

“The defendant told the other guy ‘I want to sleep with these girls’. The defendant went to the toilet with my roommate while the second man tried to rape me.

“The defendant came and had sex with me while I had the asthmatic attack and my roommate was screaming and pleading for him to leave me alone and he said in pidgin English ‘if she wan die, make she die’.

“The other three men came back into the apartment and saw the chaos. They told the two other men that this was not what they came here to do and they assisted in looking for my inhaler. My inhaler was found and they all left my apartment.”

Student A told the court that they lodged a report at the Ojo Barracks and they were referred to the Mirabel Center for medical examination and counselling.

“He went on his knees and said to us in Yoruba ‘Alhaja please’,” Student A said. While being cross-examined by Mr Bisi Salau, the defence counsel,

Student A said she recognised Ogunbowale as her assailant because she had seen him a number of times on campus. Student B (name withheld), 20, said, “The defendant took me to the toilet and pointed a gun at my head, that day I was still a virgin and it was difficult for him to penetrate into me. He said to me ‘you never do am before?’

“He took me to a chair and raped me and the second man left my roommate and exchanged places with him and raped me as well.” Justice Oluwatoyin Taiwo ordered Ogunbowale to be remanded in custody and adjourned till November 25 for further hearing.