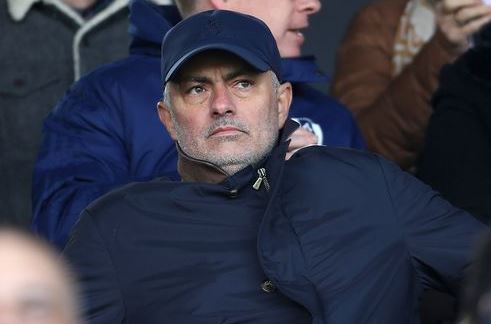 The former Man Utd boss is in line to succeed Mauricio Pochettino as Tottenham Hotspur manager with Rafa Benitez and Luis Enrique linked.

Jose Mourinho is in the running to succeed Mauricio Pochettino as Tottenham Hotspur manager.

The former Manchester United boss has been out of work since he was sacked in December 2018 and has been working as a pundit since.

And MEN Sport understands that the Spurs job is one that interests Mourinho, who has already shown interest in the Arsenal jobs amid speculation that Unai Emery could leave.

Tottenham are understood to be considering Mourinho as a strong candidate, with the Portuguese also having a preference to remain in London for his next job. Tottenham are believed to have sounded out alternatives to Mourinho already, having decided to sack Pochettino last week even though they made the announcement late on Monday evening.

It would be a stunning return to the Premier League for Mourinho after two spells with Chelsea — both which saw him lift the league title — and an ultimately ill-fated stint at Old Trafford, although he did win the Europa League and Carabao Cup with United.

Mourinho managed a team of Inter Milan legends at the new Tottenham Hotspur Stadium earlier this season and has also attended a Premier League game in the ground's hospitality boxes.

In an interview with Sky Sports earlier this season, Mourinho confirmed he was considering only top positions in Europe's major leagues as he sought a return to the dugout.

"If you tell me a club in another country, to fight to be champion, to build something special, to bring that club in that country to a different level, then maybe. Who knows? But my focus is on the biggest ones."

That interview prompted links with the vacant Bayern Munich job, following the sacking of Niko Kovac from the Bavarian club.

But with the bookmakers tipping Mourinho as the favourite, with others such as Brendan Rodgers, Rafa Benitez and Luis Enrique linked, Mourinho is a bona fide candidate to succeed Pochettino.