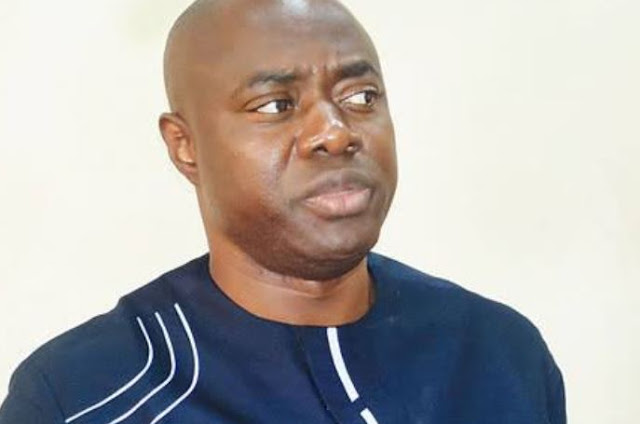 Oyo state chapter of the All Progressives Congress on Monday mocked Governor Seyi Makinde over what it described as “an alleged abandonment of his duty post” to participate in the last Saturday gubernatorial poll in Kogi State which the APC candidate won.

The party also accused Governor Makinde of “relocating to Lokoja-the Kogi State capital”, ahead of the polls as he was appointed chairman for the PDP campaigns ahead of the poll which the party eventually lost to the ruling APC by over 200, 000 votes.

In a statement issued on Monday and made available to journalists in Ibadan by its Assistant Publicity Secretary, Prince Ayobami Adewuyi, Oyo APC disclosed that “Governor Makinde must have been overrated by his party on account of a fake mandate which made him an unofficial caretaker governor in the Pacesetter State.

“He (Makinde) should have limited his contribution to the PDP campaigns in Kogi state to cash donations alone since he did not see any reasons why the resources of our dear state should not be squandered the way he is doing but he also went too far by making himself available for days in an election taking place in a northern state that is far away from his own domain and thus abandoned his responsibilities at home.

“If anything, Governor Makinde’s presence in Kogi reduced the chances of the PDP candidate by two per cent and in the end, the superior APC popularity consumed him and his co-travellers. It is on record that Makinde relocated to another state at a time Ibadan and other major cities were on the verge of experiencing cholera outbreak due to the inability of his government to keep the state clean.

“Virtually all the state governors in the country have indicated their readiness to start the payment of the new minimum wage of N30, 000 to their workers but the current Oyo State government has not demonstrated any commitment in this regard. Also, there have been concerns over increasing crime rate as well as a constant threat to public peace by some hoodlums but the PDP government has no immediate response to this while the governor preferred to prioritize an election in another state.

“Meanwhile, it is imperative for us to make a passionate appeal to the good people of the state to further endure the sloppiness and ineptitude of the PDP administration while they await the final determination of the litigation arising from the last gubernatorial election in the state which we pray would be in favour of our own Chief Adebayo Adelabu,” APC stated.

The party also expressed its satisfaction over the conduct of the last Saturday governorship polls in Bayelsa and Kogi states in which the candidates of the APC emerged victorious, saying “that our party eventually made it to the Government House in Yenagoa with the election of Chief David Lyon as well as the reelection of Gov. Yahaya Bello as the governor of Kogi State is an indication that Nigerians all over are ready for good governance.”