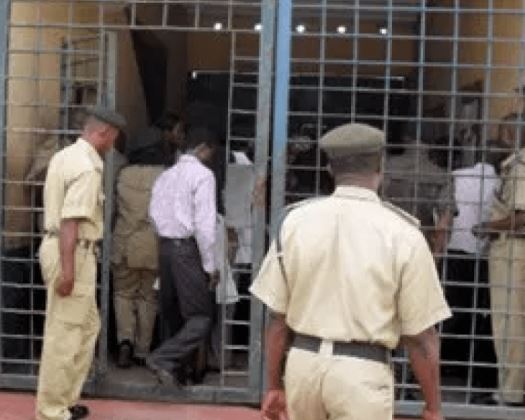 Justice Oluwatoyin Taiwo of an Ikeja Special Offences Court on, Wednesday remanded Shittu Saheed, a student of the Lagos State University (LASU), and five suspected cultists for armed robbery and allegedly shooting a man on his penis.

NAN reports that the defendants, suspected to be members of the Aiye confraternity (Black Axe Movement), denied all the charges.

Following their not guilty pleas, Justice Taiwo ordered that the defendants be remanded in prison custody.

According to Mr Olakunle Ligali, the lead prosecutor, the defendants committed the offences at different dates and locations within LASU premises, PPL and Pipeline area of Okokomaiko, Lagos in 2018.

“The student and the five other defendants, all belong to an unlawful society called ‘Aiye confraternity’ Black Axe Movement.

“Saheed and four co-defendants; Otobo, Musa, Kolade and Muiz at 9p.m on Oct. 2, 2018, at Ahiawu Apeke St., Pipeline area of Okokomaiko caused grievous harm to Mr Oscar Oke by shooting him on his penis with a locally made cut to size pistol.

“The defendants robbed one Mr Isiaka Adeshina (M) of N25, 000 and also caused grievous harm by shooting him on his left armpit with the pistol.

“They also at same date and place attempted to kill Mr Chinedu Onwuka by shooting him on his back with a pistol,” he said.

Ligali noted that Kolade and Alowonle robbed Itohan Omorodion of her Tecno W3 mobile phone valued at N40, 000 within LASU premises on Sep. 24, 2018.

Justice Taiwo adjourned the case until Dec. 18 for trial.