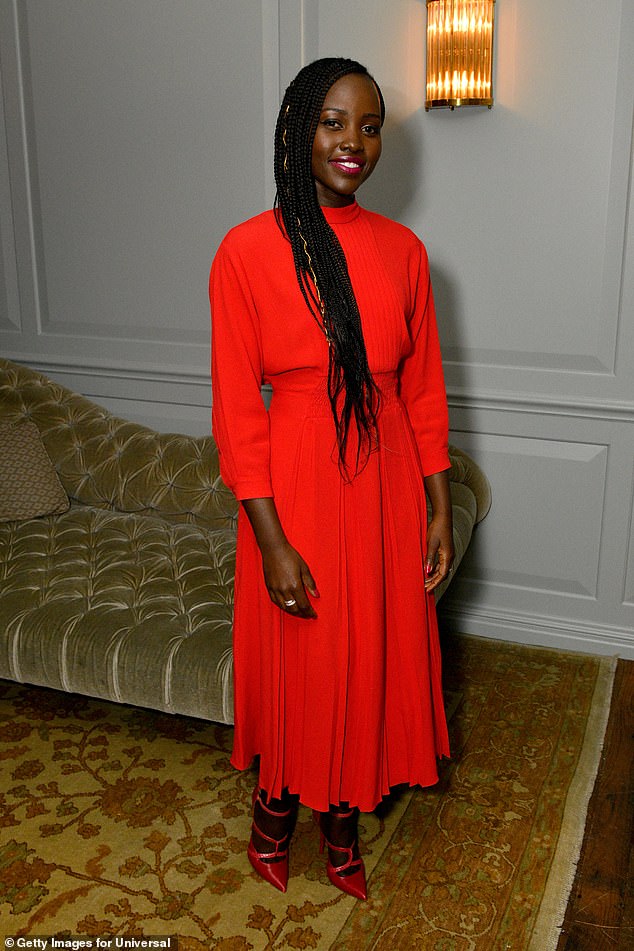 Lupita Nyong'o looked ravishing in red as she attended a special screening of her thriller Us in New York City.

The 36-year-old actress was joined by writer-director Jordan Peele at the screening, with the Q&A moderated by New York Times Journalist Wesley Morris.

Universal Pictures chair Donna Langley was also in attendance, with her studio putting the film up for awards season consideration in several categories.

Nyong'o wore a full-length red long-sleeved dress that fell to her ankles, with matching red pumps.

She had her long braided hair swept to one side, with rings on her fingers for the Big Apple event. 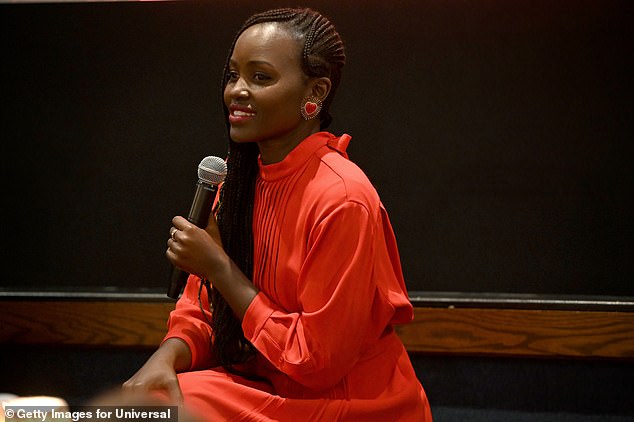 She was also seen posing with writer-director Jordan Peele and Q&A moderator Wesley Morris at the event.

Us has already been a box office hit, earning $175 million domestic and $255.1 million worldwide from just a $20 million budget.

It was also a hit with critics, with a 93% Fresh rating on movie review site Rotten Tomatoes, and is currently the ninth highest-grossing domestic movie this year. 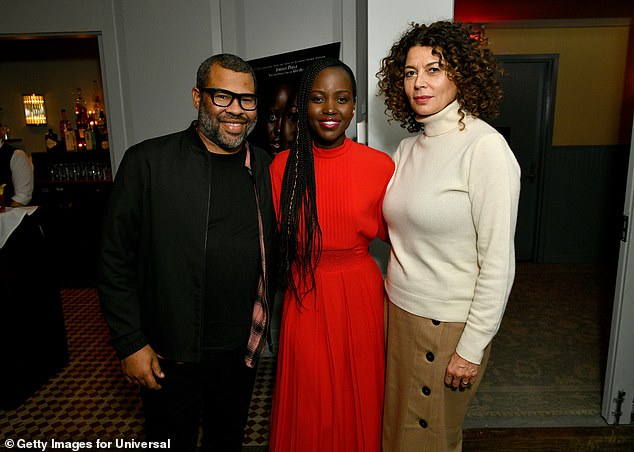 Their vacation takes a rather sinister turn when the Wilson family is stalked and tormented by a mysterious family.

The film is the second feature from writer-director Jordan Peele, whose smash hit debut Get Out won Peele an Oscar for Best Original Screenplay, making him the first black writer to win the award.