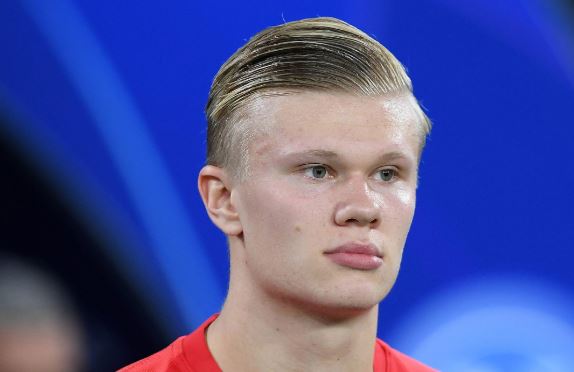 The Red Devils are among the clubs set to battle it out for the Red Bull Salzburg star's signature in January.

According to the Daily Mail, the Norwegian boss has been given the go-ahead to splash the cash.

Solskjaer is determined to bolster his attack following the departures of Romelu Lukaku and Alexis Sanchez.

And Haaland fits the bill after scoring five hat-tricks this season - including one in the Champions League.

In total, the in-demand Norway international has scored 26 goals in 18 appearances in all competitions.

United stepped up their pursuit for the 19-year-old as his dad visited the club's Carrington training base this week.

And he sparked speculation when he followed both United and Marcus Rashford on Twitter.

In a bid to seal the deal, Solskjaer will let the striker return to Red Bull Salzburg on loan until the end of the season.

He is under contract in Austria until 2023 after he joined the club at the beginning of this year for just £4.5m.

But his valuation has rocketed to £75m following his sublime spell of form.