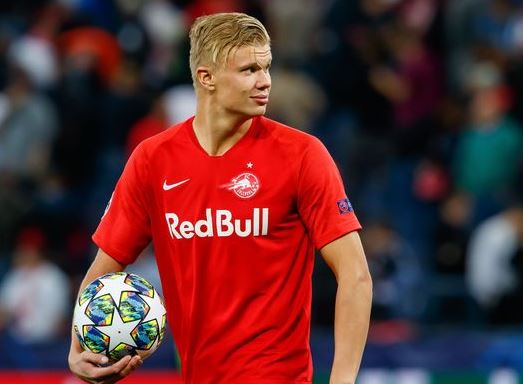 Man Utd have been heavily linked with a move for Erling Haaland in the January transfer window.

A few-eagled eyes supporters noticed the RB Salzburg forward had recently followed United and Marcus Rashford on his personal account.

Although a few fans got excited by the prospect of Haaland potentially moving to Old Trafford in the coming weeks, many supporters were quick to point out the Norway international also follows agent Mino Raiola.

United fans on Reddit played down the suggestion of an impending move, though, by referring to similar online activity from Matthijs de Ligt in the summer.

The Dutch defender, who is also represented by Raiola, was linked with a move to United but eventually penned a long-term deal with Italian champions Juventus.

"De Ligt tactics all over again, makes sense when raiola is your agent," one fan wrote, while another added: "From his interviews, he does seem like a bit of a troll. He could be baiting everyone, so yeah De Ligt all over again."

In a similar vein another fan joked they are already getting excited for the potential signing. "After the whole DELI5T saga, I had promised myself to not get hyped for any Raiola client ever again. I have failed myself," they said.