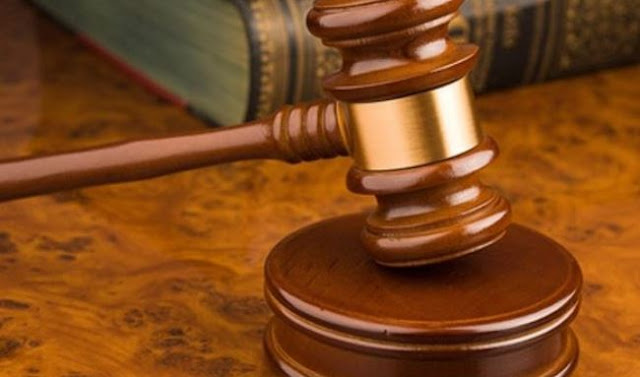 A Mapo Customary Court on Monday, in Ibadan, dissolved a marriage of 22 years; and advised married couples to fear God and uphold the sanctity of matrimony.

President of the court, Chief Ademola Odunade, gave the admonition while delivering his verdict in a case instituted by a commercial driver, Abiodun Ganiyu, for the dissolution of his marriage to Mojisola, whom he accused of infidelity and alcoholism.

In his judgment, Odunade lamented the high level of immorality in the society, calling on wives and husbands to fear God and respect relationships.

He dissolved the union and granted custody of the six children to Ganiyu.

The Arbitrator directed the petitioner to pay N5, 000 to Mojisola to enable her pack out of his home.

During the proceedings, the petitioner stated that he was fed up with his wife’s adulterous lifestyle, which had subjected him to ridicule in their neighbourhood.

The petitioner, who lives at Agege area in Lagos state, said that life had not been the same for the past 13 years since his wife started living “a wanton lifestyle’’.

“Firstly, Mojisola informed me that she had become born again and had been ordained a prophetess in her Church.

“My lord, Mojisola sometimes told me that she had been in a trance for 10 days and therefore could not come home, but she would return home mostly heavily drunk.

“When I could no longer bear the agony, I reported her to her parents to caution her, but it was all to no avail.

“When I saw that her waywardness was becoming something else, I advised her to buy her beer to drink at home; instead, Mojisola took offence by my advice and would leave home for three to five weeks.

“Though we both agreed to do family planning for birth control, she, however, she saw it as an opportunity to sleep about with other men.

“Worst still, she introduced some of her lovers to me, I am frustrated, please, separate us,” Ganiyu pleaded with the court.

The respondent, who now lives at Apata area in Ibadan, did not deny any of the allegations levelled against her.

However, Mojisola, who earns a living as a food vendor, said that life would be meaningless to her if the court dissolved her union.

“I admit to all the allegations against me, but there is nowhere I can go at this stage, after six children.

“I take beer every day because I do not want to kill myself, and I frequently leave home for a month or more.

“Also, I wooed a man to sleep with me so as to stimulate my sexual urge; and Abiodun himself knows the man because I introduced them.

“Abiodun does not give me sexual satisfaction because he uses a condom with me,” Mojisola explained.