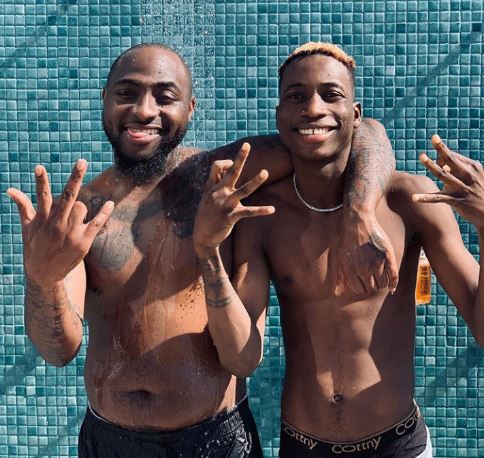 Being a celebrity is no doubt a very glamorous lifestyle as many stars try their best to always bring their fashion a-game.

Old stars in the industry are already accustomed to this but upcoming celebs are still catching up. Just recently, top Nigerian singer, Davido, signed on a talented new act named Lhilfrosh to his DMW label.

The young talent recently visited Davido in Dubai and his arrival was received with love and excitement as he met other members of the DMW crew.

Well, Davido seems ready to upgrade Lhilfrosh as he recently shared a funny video on his Instastory where he was spotted throwing the young artiste’s fake watch into the sea.

In the video, someone in the background could be heard saying: “no fake watches ya heard? None of that”. Davido also agreed after he had flung the watch into the sea.

The video caption also suggested that the Omo Baba Olowo is getting set to buy his new signee an original Rolex watch.