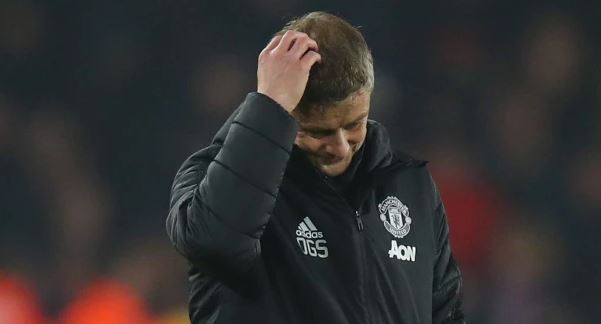 "Sheffield United looked like they wanted it more than us and believed in their game plan more than we did. We did not have a shot on target first half which is not acceptable. But sometimes football is beyond tactics."

It's probably time to face the truth: Ole Gunnar Solskjaer is hopelessly out of his depth at Manchester United.

An impressive reign as interim manager fooled United's chiefs into appointing him on a full-time basis. He was never the right person for the role permanently, and yet here we are.

Beyond the talk of 1999, young players and planning for the future, not only has the evident lack of style in United's play emerged, but his consistent failure to ensure his players are ready to fire on all cylinders when matches start must also be a massive concern for fans of the club.

It should not be acceptable for a Manchester United manager to laugh with the coach of a newly promoted side after a terrible performance that showed a lack of fight during the first half. It's simply not good enough, and claiming Sheffield United 'wanted it more' during Sunday's 3-3 draw is embarrassing in itself.

If there's one thing a Manchester United player should not lack, it's motivation. And if the one person who is supposed to coerce that motivation out of the players is failing to do so, it looks extremely worrying for the future.

It's seriously important not to forget the calibre of manager Solskjaer is. Fine, he won the Tippeligaen twice with Molde, but he was also disastrous at Cardiff when they were relegated during the 2013/14 season. 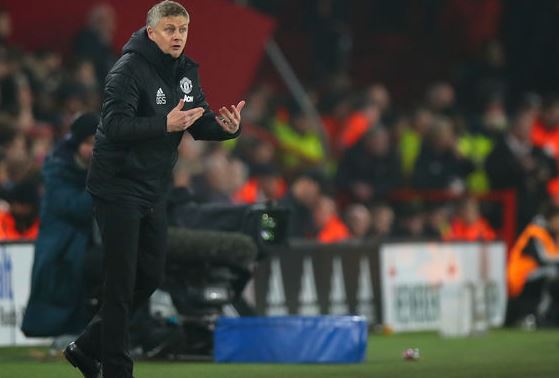 Solskjaer is not an elite manager. He would not be given a chance at any other top-six Premier League side. The only reason he is still at the club, despite having a record similar to the sacked Jose Mourinho, seems to be that he used to play for United.

His initial success at United was based on fast, counter-attacking football. He could even persuade defenders like Phil Jones and Ashley Young to keep clean sheets against teams like Tottenham last season – albeit a Tottenham team which, in hindsight, was at the start of a massive decline.

But while last season there was an unbeaten run and fast attacking football, this year has given supporters no reason to believe Solskjaer is the right manager to take the club forward, especially when there are others out there who could take them up another level.

Not our strongest performance disappointed to let it slip at the end but we never gave up and we had the right mentality to bring it back. We dust ourselves off and focus on the next game! Thank you to the travelling fans for your support today!

The rebuild at Old Trafford will not happen in a season. It's clear there are plenty of players in the squad who need to be shipped out, as they cannot be relied upon to be part of the future.

But is Solskjaer really the right person to lead such a revival? Does he have a track record in the first place that really should convince a club as massive as Manchester United that he is the person to fix all that is wrong at the club?

No. Obviously, he should be nowhere near being United's permanent manager. Taking over on an interim basis is one thing, being trusted permanently is something else entirely.

As it stands, things are not going to get better any time soon. The club's attack – while it has players who could be some of the best in the Premier League in a few years – still fires hot and cold, while apparently there is still room for Phil Jones in defence.

Solskjaer gets plenty of stick, but a comment like 'sometimes football is beyond tactics' surely cannot be tolerated. It's not an acceptable excuse for a club like Manchester United failing to win football matches, regardless of the opposition.

There's been plenty of drama at United over the past few years, and supporters probably wouldn't trust those in charge to make the right call over the managerial position if Solskjaer were given the boot.

But while there are people like Massimiliano Allegri and Mauricio Pochettino out in the wilderness, there is no reason for Solskjaer to still be in a job.

It's not 1999 anymore. It's 2019, and the difference in the club's standing between then and now is genuinely embarrassing. Things need to change and fast.