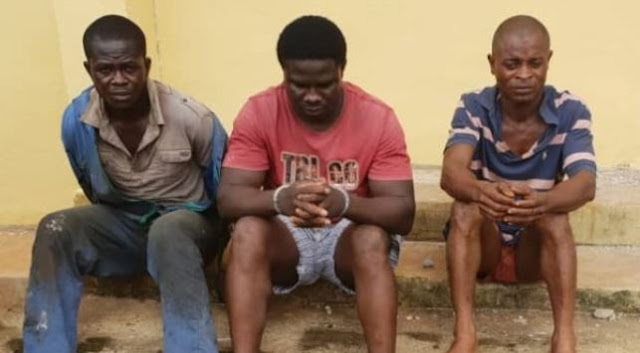 A suspected armed robber has sustained gunshot injuries in a gun duel between the police and armed robbers along Onitsha/Enugu expressway, Anambra state.

The Police spokesperson, Haruna Mohammed in a statement on Monday said the hoodlums had opened fire which was returned by police operatives.

He said the bandits were forced to abandon their dastardly mission and scampered for safety into the bush.

“At about 01:15am, Police operatives attached to the Command Special Anti-Robbery Squad (SARS) responded to a distress call along Onitsha/Enugu highway and encountered a barricade put across the road at Ukpo junction by suspected armed robbers,” he said.

He said the injured suspect whose name was not given, was immediately rushed to the hospital for medical attention.

He listed exhibits recovered at the scene to include one locally made double barrel shotgun, three live cartridges, two expended cartridges and a machete.

“The Command enjoins the Public to report anyone with suspected bullet wound at the nearest Police Station or through Police emergency number 07039194332 for prompt response,” he stated.


He listed the names of the suspects as Victor Edet, 30, Obinna Anibogu, 34 and Arinze Okoye, 26.

He said, “It would be recalled that on the 7/9/2019 at about 11:45pm, armed robbers attacked Elohim filling station, injured a private security guard and snatched a pump action.
READ ALSO: Police kill kidnap suspect in gun battle

“Suspects also carted away undisclosed amount of money at the filling Station.

“Exhibits recovered from the suspects include the pump action gun which was snatched from the security guard at the filling station and one life cartridge.”

“Exhibits recovered from the suspects include one automatic pump action gun with Reg number 47171 suspected to have been snatched from a security man and three rounds of life cartridges,” he added.

Mohammed assured that all the suspects would be charged after investigations were concluded.