Security Boss who turned to professional boxing to remain disciplined 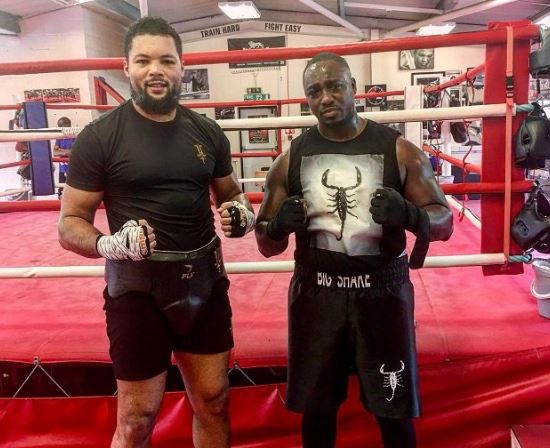 Entrepreneur & Security boss Sheikh Waziri is a dedicated businessman who has built a budding business internationally in the security sector, starting from being security to guard, to professional executive/VIP bodyguard, to a highly respected security trainer and practising security consultant in the UK and Africa. He is currently affiliated with shake1records, Phoenix SW security ltd Nigeria and shields transatlantic security Uk.

Sheikh is also a professional Nigerian British boxer based in London. He is a 33-year old skilful orthodox boxer who recently turned professional from the unlicensed boxing background. Sheikh’s record consists of a few wins,1 draw and a loss on points, with a 100 per cent knock out ratio amongst other heavyweights, allowing Sheikh to be recognised by Xzavier Miller the head coach at London based IQ Boxing.

Sheikh took up boxing in 2008 on the white-collar amateur competition and progressed to a semi-professional unlicensed competition where he won the British and European heavyweight title.

Sheikh turned to professional boxing after having to deal with the tragic loss of his sister in 2016 and subsequently his father in 2017. He rose from the ashes like the phoenix showing the great character of a true champion and developed the mental durability that led him to be accepted by the British Boxing Board of Control. Despite having no amateur experience, the British Boxing Board of Control saw a special individual with great skills and passion for sport and made an exception. Sheikh has rapidly built his reputation and since trained with Olympic medal winners and British, American international boxers that have been trained by recognised boxing coached in London and worldwide.

Coined as the ‘Black Scorpion’ due to his quick slick movements and ability to adapt to all types of situations in the ring, Sheikh’s smooth movements in the ring also tie in with his powerful right hand which is reflective of the sting in a scorpion’s tail. He is fast becoming a buzz on the internet on this Instagram handle @bigsheikh1.

Sheikh graduated from the University of Derby with a BA Honours in criminal justice, later going on to study the Diploma/Masters programme in Security and Risk Management at Loughborough University. Sheikh also played American Football for both universities he attended and obtained several awards and achievements including Sports Personality of the Year.