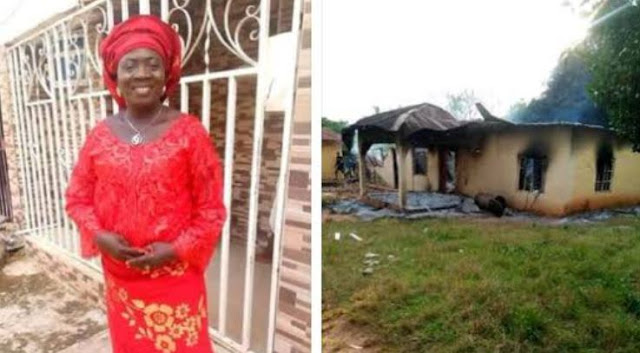 The Kogi State Police Command said it has arrested six suspects in connection with the killing of the People’s Democratic Party (PDP) Woman leader, in the state, Mrs. Salome Abuh.

Abuh was murdered and her house razed, last Monday, at Ochadamu, Ofu Local Government Area of the state, by alleged political thugs.

Aya, a Deputy Superintendent of Police, said that the suspects were brought in on Friday.

Abuh, a former councillor and PDP Woman leader was set ablaze on November 18 in her husband’s house at Ochadamu, by suspected hoodlums.

Aya said the police have begun with the interrogation of the suspects to ascertain their level of culpability in the death of the PDP Women Leader and for the Wada/Aro governorship campaign.

He said that the outcome of the investigation will be made public as soon as it is completed.

President Muhammadu Buhari had on Sunday directed the police to fish out the killers with a view to bringing them to justice.