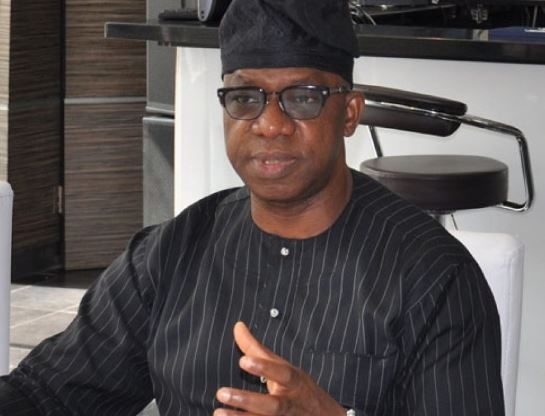 Following Friday’s tanker explosion, which claimed several lives and destroyed properties along Lagos-Abeokuta highway in Ota, Gov Dapo Abiodun of Ogun State has once again appealed to the President Muhammadu Buhari-led Federal Government to handover three federal roads to him and his Lagos State counterpart, Babajide Sanwo-Olu, for repairs and commercialisation.

Dove Bulletin recalls that Abiodun and Sanwo-Olu had in September written a joint letter to the Presidency, asking it to transfer the Ikorodu-Sagamu, Epe-Ijebu-Ode and Lagos-Abeokuta roads to them.

However, the bid to take over the roads suffered a setback when Abiodun hinted in October that the Presidency had replied their letter, telling them it would rather partner with them in repairing the roads instead of transferring same to Lagos and Ogun.

But, the tanker explosion on one of the Federal roads today moved Gov Abiodun to tears as he reechoed the need to have the roads ceded to the two states so as to put an end to similar occurrences in future.

Speaking during a visit to the spot of the incident on Friday, Abiodun said, “I am most distressed by the news of the midnight inferno at the Sango toll gate, which was the result of an accident by a fuel-laden truck.

“It is heartbreaking that many lives were lost in addition to properties running into millions of naira.

“This sad occurrence has made our quest to take over the management of this road more compelling. The incessant road mishaps around the toll gate axis is avoidable. While I commiserate with those who lost their loved ones and property, we shall do everything humanly possible to forestall future recurrence.

“May I use this opportunity to once again plead that the Federal Government should approve the request of both the Ogun and Lagos State Governments to take this all-important Lagos-Ota-Abeokuta expressway over.

“Once the road is taken over, expedited action will be taken to immediately begin reconstruction, so that there may be easy movement of goods and person, and consequently, a reduction in the occurrence of accidents of this nature,” Abiodun stated.

The governor, who wept while seeing the havoc caused by the inferno, ordered the transfer of victims to tertiary healthcare facilities in Lagos and Abeokuta promised to pay the medical bills of the victims.