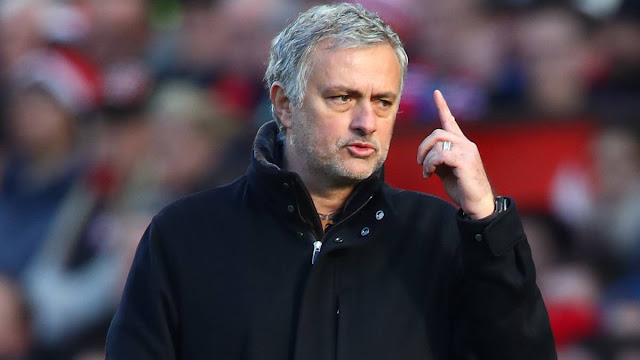 Jose Mourinho wasted no time in filling the vacant managerial spot at Tottenham Hotspur this week after the controversial sacking of Mauricio Pochettino.

In fact, Poch's seat at the new Tottenham Hotspur Stadium was still warm with Mourinho's confirmation coming just hours after the Argentinean was sent packing.

As was to be expected, Mourinho was on top form during his first press conference, but the Portuguese will know better than anyone that there is quite a hill to climb in the coming months.

Spurs are languishing in 14th on the Premier League table, winning just three of their opening 12 fixtures.

It means that Mourinho will have to hit the ground running and what better place to start than a London derby at West Ham?

Three points could catapult Spurs up the table and they will be desperate to begin this new era with a win.

With that in mind and head of today's east end battle, we thought we would have a look and see just how Mourinho performed during his previous 'first games' in charge of the various clubs he has managed.

We have not included any Super Cup/Community Shield affairs but have instead gone with his first 'competitive' game in charge.

Mourinho was finally given a shot at top-flight management at the turn of the millennium but his reign did not get off to the finest start.

An early goal from Duda was enough to consign Jose to his first loss as a manager - he would ultimately last just nine league games at As Aguias.

Mourinho's brief spell in charge of minnows Uniao de Leiria is oft-forgotten but, in reality, it was the springboard that launched his career as he took them to their highest ever league finish of fifth.

Two goals and a clean sheet in a clash with Sporting wasn't a bad way to get it all started, either.

Porto and Mourinho was simply a match made in heaven.

A 2-1 win over Maritimo kicked off a dream spell at the helm of the Portuguese side, ultimately coming to an incredible climax as they clinched the 2004 European Cup.

The Special One well and truly arrived during his spell at Chelsea. With Roman Abramovic's billions to spend, Mourinho transformed the Londoners into one of the finest sides England has ever seen.

A 1-0 win over Sir Alex Ferguson's Manchester United was a sign of things to come.

After parting ways with Chelsea, Mourinho was snapped up by Italian giants Inter Milan.

His reign started with an anti-climactic stalemate but, never to fear, it only ended with a 2-0 win over Bayern Munich in the final of the European cup - typical.

A goalless draw with Mallorca was rather an underwhelming way to get the ball rolling but Mourinho did deliver the La Liga title that the Madrid faithful had been craving so rabidly.

The Special One returns.

Mourinho had never tried to hide his love for the Premier League and so when the opportunity to return arose, he jumped at it.

The second coming began with a 2-0 win over Hull City as the Portuguese lead Chelsea to yet another league title in 2014/15.

Mourinho made the shock move to Manchester United to take up the role vacated by Dutch legend Luis van Gaal.

His spell in Manchester produced silverware in the form of the Europa League and FA Cup, but it can be argued that the team took a backwards step too many during his time in charge.

It all started so promisingly with a 3-1 win away at Bournemouth but would ultimately come crashing down as Mourinho was shown the door late in 2018.

So there you have it, a bit of a mixed bag in truth.

However, while his first games in charge tend not to set the world alight, Mourinho's incredible ability to deliver trophies simply can not be called into question.

While a win at West Ham today would be ideal, history has proven that any other result is not the end of the world.

Mourinho knows how to win silverware and, with the talent he now has at his disposal, that agonizing trophy drought in north London could soon be at an end.

We can't wait to see him get to work.