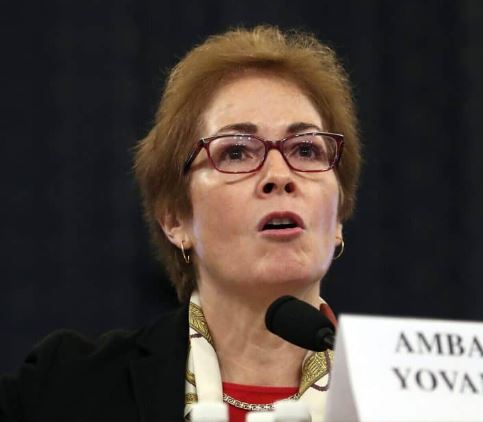 Yovanovitch stated that Trump made disparaging comments about her in a July phone call with Ukrainian President Volodymyr Zelensky.

She also described how she was recalled from Kiev in the middle of the night after being told by U.S officials they were no longer able to protect her, apparently under directions from the White House.

“It was terrible, it was not the way I wanted my career to end”, Dpa quoted her as saying.

When asked if she felt threatened by Trump telling Zelensky that she’s going to go through some things,’’ she says clearly: `I did.’

Yovanovitch recalled that she was shocked, appalled, devastated that the president of the U.S would talk about any ambassador like that to a foreign head of state.

“And it was me. I couldn’t believe it”, she added.