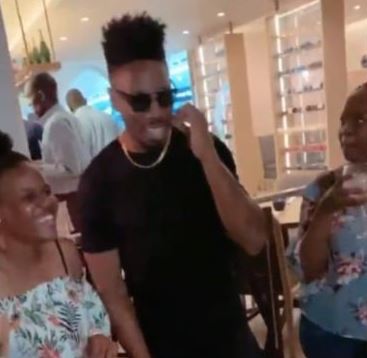 Nigerian Reality TV Star Ike Onyema was surprised by his South African fans during his visit to the country.

While preparing for the main show, the three stars met with a few fans who presented gifts to Kim Oprah and Ike Onyema.

Just as you are waiting to see Omashola’s name on the list, he was shocked as well after no gift was presented to him. We are sure they did that to spite him for a better gift at the main party tonight.