What border closure will do to Nigerians – Senator Okorocha 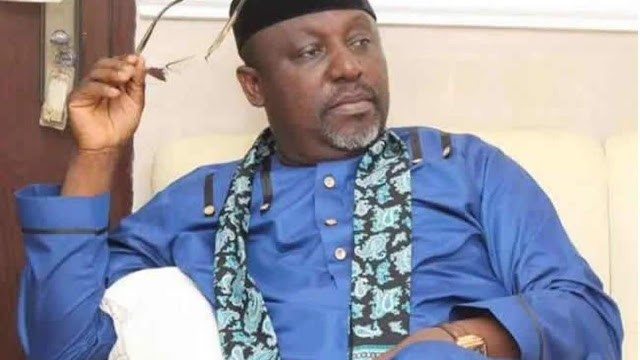 Sen. Rochas Okorocha has commended the Federal Government on closure of land borders, saying the measure would motivate Nigerians to look inwards on better ways to feed themselves.

Okorocha made the remark while answering questions from newsmen at the Government House, Kano on Saturday.

“I think border closure means that we should begin to look inward on better ways to feed ourselves. By creating that kind of atmosphere, people will now begin to understand why we should be self-reliant and ensure food security,” he said.

Okorocha, immediate past governor of Imo, said that the federal government needed to do more in monitoring smuggling of goods through illegal borders.

He noted that it was a hard task as it entailed manning the bushes around neighbouring countries, because the country had more than 3,000 entry points.

“This nation for too long has been a consuming nation and not a productive nation. This also has made our own problems more worrisome because we are not economically independent.

“We depend on other countries for virtually everything that we eat and use; and that is not good for our youth and the generation yet unborn.

“So, border closure is a creation of awareness for us to begin to consume what we produce. So, we should take more practical approaches in ensuring that we encourage the youth and other people to look inwards and produce those things that we import,”‎ he said.

Okorocha also ‎called for a new approach and style in the fight against crime and criminality in the country.‎

“We should change our style and approach in fighting crime, because we have adopted some method of fighting crime for a number of years with low results.

He said that it was time for the federal government to evolve new ideas ‎in curbing crime in the country as the security challenges in the country had taken different dimensions.