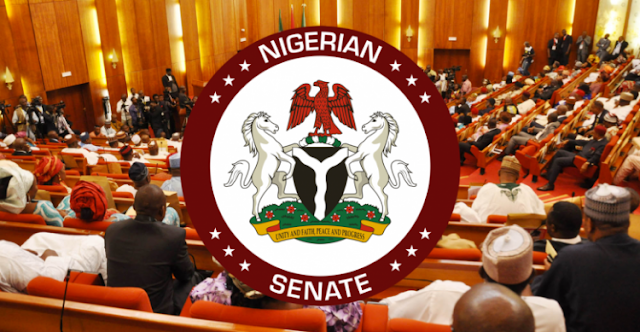 The alleged lopsided sharing of N100 billion constituency projects fund is causing disaffection in the Senate.

The fund is meant for projects in senators’ constituencies.

Some senators said some of their colleagues were “unduly favoured” in the distribution of the fund.

According to them, while some were allocated up to N500 million, others received less than N200 million for the execution of projects in their constituencies.

It was leant that to nip the brewing disquiet in the bud, some senators hurriedly planned a vote of confidence motion in Senate President Ahmad Lawan.

The motion was aborted due to lack of quorum.

It was learnt that those who were “favoured” in the allocation of the fund, were behind the confidence vote.

Findings showed that some ranking senators whose names were on the list as sponsors of the confidence vote disassociated themselves from it in the last minute “because they were not consulted before their names were included”.

A source noted that due to the sharp division among the sponsors of the confidence vote, the arrowheads called it off.

Another source who claimed to be part of the original initiators of the confidence vote noted that the “talk about a possible crack in the upper chamber is real.”

He said: “Nobody is taking chances hence the need to pass a confidence vote in the leadership.”

There were 36 other senators – 25 All Progressives Congress (APC) and 11 Peoples Democratic Party (PDP) as co-sponsors.

But the motion was abruptly stepped down “till another legislative day”.

The withdrawal of the motion fueled speculations that all is not totally well in spite of the seeming unity of purpose with which senators have operated.

The Ninth Senate has made tremendous landmark performance within a short time. It passed the 2020 budget in record time to return the country to the January to December budget cycle.

It has also passed the Public Procurement Act amendment Bill, among others.

It has worked seamlessly with the House of Representatives and harmoniously with the Executive, which has received commendation from President Muhammadu Buhari.

But the Chairman, Senate Committee on Media and Public Affairs, Godiya Akwashiki, said there was no cause for alarm.

Senator Akwashiki insisted that the loyalty of senators to the leadership of the Senate is total and complete.

Akwashiki said: “There is nothing to worry about in the vote of confidence in the leadership of the Senate which was stood down on Wednesday during plenary.

“I see no big deal in the motion being stood down. I want us to exercise patience and wait for the day that the motion would be mentioned on the floor of the Senate.

“I won’t speak further on it because it is a vote of confidence. I would speak more if it was a vote of no confidence and the Senate President decided to use his power as Presiding Officer to stand down the motion.

“Those who are moving the vote of confidence are in total support of the leadership. So, it is not a serious issue.

“On the 36 Senators comprising 25 APC and 11 PDP members listed as co-sponsors of the motion is a normal thing.

“All of us are in total agreement of the motion but we cannot all have our names in the motion.

“If all of us should put our names on the list, then it’s no longer a motion. Now that the motion has been brought before the Senate, every senator would have the opportunity to speak on it. The number of sponsors does not matter.

“The vote of confidence motion has nothing to do with any crisis in the Senate. There is no crisis. Our loyalty to the leadership is total and complete. It is even possible for two senators to move a motion on a vote of confidence.”