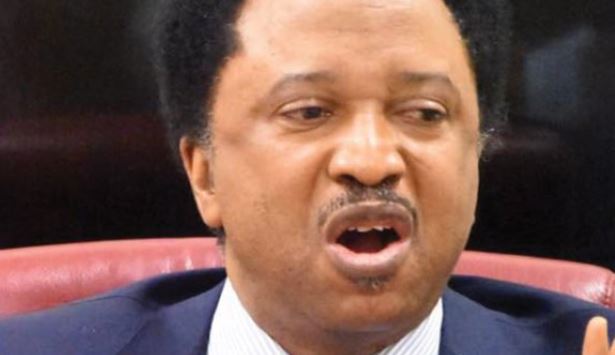 Senator who represented Kaduna Central in the eight assembly, Shehu Sani has said that Nigerians will suffer more under President Muhammadu Buhari led government in 2020 and beyond.

Senator Sani said, even if the present government is given an additional 50 years to rule Nigeria, the masses will suffer for those 50 years.

He stated this while featuring in a Hausa Language programme, titled ‘Kai kadai gayya’ monitored by The Nation on Kaduna based Invicta FM Radio Sunday afternoon.

Senator Sani who lost his return to the Senate to Senator Uba Sani in the 2019 general elections also condemned the border closure policy of the Buhari’s government, saying the 8th Senate rejected the policy when it was first conceived.

He stated categorically that, the hardship that Nigerians are presently experiencing, is a joke compared to what would be happening in the coming year and beyond,

Their children school abroad, their wives go on holiday abroad. It is possible some of the distant relations are suffering because some people don’t take care of their relatives.

“So, it is disturbing to note that, some sections of the masses are deceiving themselves by thinking that, the leaders love them, and the leaders are also suffering like themselves.

“This should stop complaining to Nigerians that, they met Nigeria is bad shape. If things were in good shape in the first place, you won’t be called to come and rule. Whoever looks at the history and see the time that past leaders like Sardauna came into power, they did a lot.

“If you have not forgotten, the colonialists wanted to give Nigeria independence 1957, but Sardauna said, no, the North was not ready, that they needed more time.

The colonialists then gave three more years. Within that, three years he was able to do what positioned North in a state of independence, by educating people, in such way that, Nigeria would not be given independence and North will now be left behind, because he knew what he was doing.

“But if you give this present government 50 more years to rule, this is how the masses will suffer for those 50 years. The masses are being deceived with promises.

What, the present leaders keep deceiving people that, things were in a bad state and that the past governments were responsible.

This government doesn’t have any other song except blaming the past government. The issue should be, what have you done since assumption of office?

“Secondly, the democratic government has tenure. Since the day you come on board, you know the day you are leaving office. When they came on board, didn’t they meet electricity, water, industries? What is expected of them is to add value to the development they met on ground.

“The truth of the matter is, if these people continue to disturb them with a complaint about their predecessors and ask them to be patient, the masses should ask them, when exactly are we going to start enjoying self? Because time is going.

Are masses going to wait and be told to wait till eternity for succour? Any leader that knows what he is doing, knows when he came to power and when he will leave.

“The President said the 8th Assembly gave him the problem. Well, we don’t have anything to say than to wish him luck with the present assembly that he prefers.

But, the masses should compare, between now and before, which one is better for them, considering food, school fees, rent and other things.

What I know is that, once leaders fail, they always look for people to blame. But, as a member of the 8th assembly, we don’t have any regret over our actions.

If you are a President, no matter who you are, once we notice you want to deceive people, we must stop you.

“Majority of the people in government today are deceitful, but they are enjoying themselves because they have masses that don’t get tired of being deceived. They deceived you yesterday and come back to say sorry, they deceive you today again and come back to say sorry and the same thing tomorrow. So, if you meet these kind masses, then it becomes compulsory for the leaders to do whatever they feel like.

“In countries like Ethiopia, Egypt and the likes, if you increase the price of ordinary bread from N200 to N250, even you as a President will feel the power of the masses. But, Nigerians masses are in such a position that, once you use religion, tribe and deceit, they will allow you to have your way.

“So, if this sitting government is truthful, let it tell Nigerians when things will go back to how they met them, not even talking about what they will add.

But, I am assuring you that, this hardship that Nigerians are even experiencing, is a joke compared to what would be happening in this coming year and beyond because the measures the government is taking are not measures to bring succour to the masses but to increase power for powerful and increase hardship for the masses.

“Everywhere in the world where they practice democracy, where they elect people and impeach them, are the masses suffering? But, ours is the government of deceit, where one deceitful leader is removed and replaced with another deceitful one.

That is why I can not say what we practice in Nigeria is a democracy, because whether people vote or not, elections are won with the power of the soldiers and police. Leaders have a mindset that, whether people vote them or not, they will rig themselves into power.” He said.

On border closure, Shehu Sani said, the policy has not added any value to the nation’s economy, but instead made more Nigerians poorer.

He queried that if the border closure policy had boosted the economy like the President is claiming, why then does he need to borrow $30 billion?