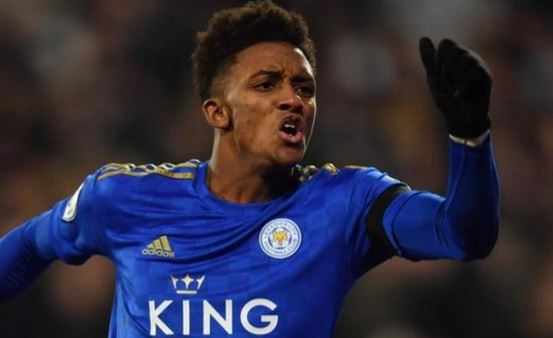 West Ham's miserable home record continued as defeat by a much-changed Leicester side left them stuck in a Premier League relegation battle.

Boos from the Hammers fans greeted the final whistle at London Stadium as Manuel Pellegrini's side racked up a fourth straight home defeat.

Second-placed Leicester, who made nine changes from the Boxing Day defeat by Liverpool, had a measure of control throughout and deservedly won through Demarai Gray's composed second-half finish.

West Ham levelled through Pablo Fornals' precise finish on the cusp of half-time, but they could not build on that in the second half.

Instead it was Leicester who were the more composed, illustrated by the slick move and finish by Gray which consolidated second place ahead of Manchester City.

The Foxes are four clear of City, who have a game in hand, but trail runaway leaders Liverpool, who have played two games fewer, by 10 points.

West Ham remain fourth bottom, a point clear of the relegation zone, although they have played one game fewer than their rivals at the bottom because of Liverpool's triumphant involvement in the recent Club World Cup.

Having failed to win any of their five previous home matches, Hammers boss Manuel Pellegrini demanded an improvement in his side's results at London Stadium.

Yet they produced another tepid performance in front of their own fans, lacking leadership, organisation and fight as they failed to win at home for the sixth game in a row.

And that run of four consecutive home Premier League defeats has equalled the club record set from November 2005 to January 2006 at Upton Park.

Pellegrini's future has already come under scrutiny, with the reaction at the final whistle from those left in the sparsely-filled stands clearly illustrating what they thought of the performance.

The Chilean's decision to replace striker Sebastien Haller with Michail Antonio, instead of pairing them together in a more attacking move, was also greeted with jeers and left Pellegrini in little doubt that the patience of the Hammers fans is wearing thin.

A performance of similar ineptitude against relegation rivals Bournemouth on New Year's Day may leave the Hammers hierarchy with little choice but to remove Pellegrini in a bid to stop the slide towards the relegation zone.

The Hammers have another huge home game when they host Bournemouth, who are one place and one point above them, at 17:30 GMT.

Leicester again go on the road, travelling up to Newcastle for a 15:00 GMT kick-off.