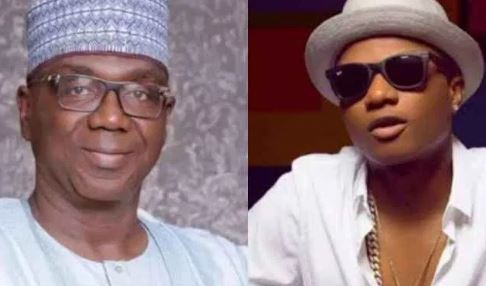 The governor of Kwara state, Abdulrahman Abdulrazaq has cleared the air on the allegations that he used the state’s funds to sponsor the Wizkid Concert in Ilorin.

Governor Abdulrazaq, in a post on Twitter on Thursday, December 26, explained that the concert which was headlined by Nigeria’s music sensation, Wizkid, was “a private sector initiative”.

The Kwara state governor accused his predecessor of spreading falsehood about his government. He added that he has been prudently managing the state’s resources, saying he still uses his personal cars for official duties. 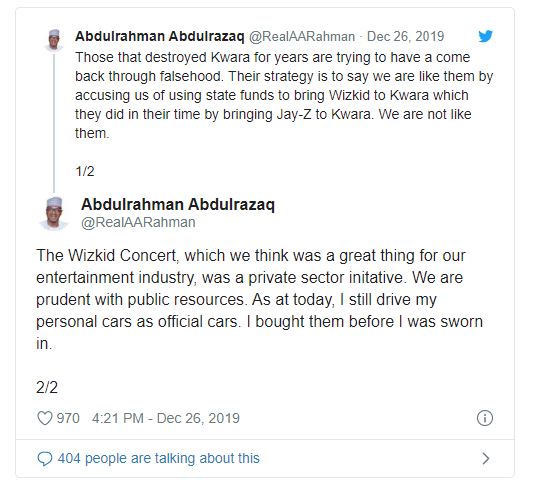 Governor Abdulrahman Abdulrazaq of Kwara state has reacted to the allegation that he spent the state’s fund to sponsor the Wizkid Concert in Ilorin.

“Those that destroyed Kwara for years are trying to have a come back through falsehood. Their strategy is to say we are like them by accusing us of using state funds to bring Wizkid to Kwara which they did in their time by bringing Jay-Z to Kwara. We are not like them. The Wizkid Concert, which we think was a great thing for our entertainment industry, was a private sector initative. We are prudent with public resources. As at today, I still drive my personal cars as official cars. I bought them before I was sworn in,” Governor Abdulrazaq said.

Recall that it was during the administration of the Bukola Saraki as the Kwara state governor that the popular American rapper Jay-Z was invited to Kwara state.