LASU student: killers to be prosecuted in Osun – Ogun Police 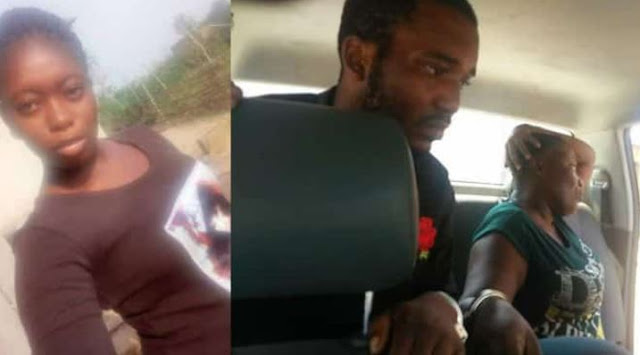 A white garment church Pastor, Segun Philip, Adeeko Owolabi and his mother; Mrs Adeeko – the three suspects in the gruesome murder of a final year student of Lagos State University, Ojo, for ritual purpose, Miss Favour Daley-Oladele, would soon be handed over to the Osun Command of the Nigeria Police for prosecution.

The Police Public Relations Officer for the Ogun State Command, Abimbola Oyeyemi, disclosed this to The Nation, on Tuesday, saying although Favour and her parents live in Mowe area of Ogun state, the location of her killing was in Osun, where the suspects perpetrated the crime of ritual murder.

Abimbola, a Deputy Superintendent of Police (DSP) added that the detectives handling the case would also dig deeper to ascertain if the suspects had carried out a similar action in the past.

According to him, upon conclusion of the investigations into the killing, the Command would package the suspects and transfer them to the Police in Osun State who would then prosecute them.

Twenty – three years old Adeeko Owolabi allegedly lured Miss Favour Daley-Oladele,22, to a far-away white garment church in Ikoyi – Ile, Osun State, where he brutally murdered the girl while she was asleep by using pestle to crush her head and thereafter, her organs were harvested for ‘get – rich – quick’ money-making concoction.

He was allegedly assisted in the crime by a self – acclaimed pastor of a white garment church in Ikoyi – Ile, Osun, Segun Philip, who slit the girl’s throat, cut her open and harvested the heart, breasts and other organs of the girl before feeding Owolabi and his mother with the delicacy prepared with Favour’s vital organs.

However, the grieving father of the slain girl, Mr Daley – Oladele, who said he couldn’t believe it that a daughter that arrived in the family after years of delayed birth, would just be brutally taken away by someone she knew.

He described his daughter as “the golden girl of the family,” says losing her few months to her graduation, was emotionally unbearable.

He said: “It’s quite emotional having raised that girl for that number of years. Favour happened to be a golden girl to the family. We waited for some years before having her.

” And having done that, she went to school and when one is envisaging that within the next few years she would be going for National Youth Service Corps (NYSC) and one starts celebrating that you have a graduate in your house, a woman; some people conspired to kill her,” he lamented.

“What she actually told us that day was that she was returning to school to prepare for her final examination. She said she is going to join her group and it was in that process that somebody called her. And she said she will also be going to see a friend. That was all.

“All that we want is justice for Favour and that will also serve as a deterrent for others. It has been very emotional. She is also sick and hospitalized. She is not in good condition.

“This is a gory tale that we will ensure that the full weight of law descends on the suspects. All the suspects are in our detention facility and will be charged to court at the end of the investigation.

“It is instructive to appeal to parents to be vigilant and to profile the psychological make – up of their ward’s friends.”