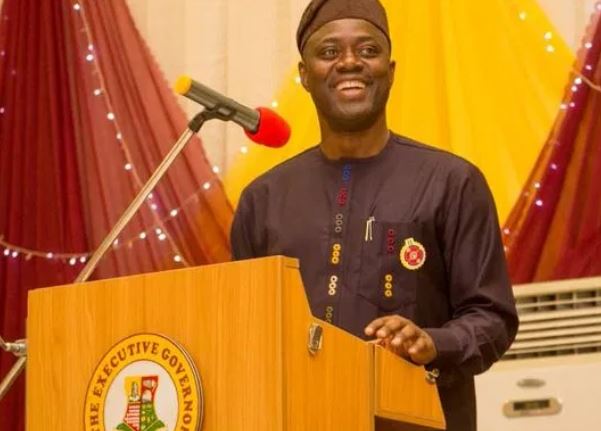 Gov. Seyi Makinde of Oyo State says he has approved the sum of N200 million for The Polytechnic, Ibadan to secure accreditation for some of its courses and another N100 million for capital projects in the 2020 budget.

The News Agency of Nigeria (NAN) reports that Makinde disclosed this at the 34th convocation ceremony of the institution on Friday in Ibadan.

The governor, who was represented by Prof. Daud Shangodoyin, the state Commissioner for Education, said that his administration appreciated the quality academic culture and would not do anything to hinder its development.

“My administration is determined to salvage the education sector from its doldrums.

“The problem facing education is multifaceted, but we are prepared, more than ever before, to confront the problem and make the state a model educational state to be emulated by others in terms of quality personnel engaged in academic activities at all levels.

“The budget recently presented to the state House of Assembly has given education the highest allocation of 22 per cent, hence we hope that Oyo State will bounce back as the leading educational state and fountain of knowledge setting the pace for others.

The governor noted that the major challenge in tertiary institutions in the country was electricity, saying this had hampered learning and researches.

He, however, said it was imperative to end the parity between the university and polytechnic education in Nigeria as was done in the United Kingdom.

Shangodoyin, who spoke in his capacity as the commissioner for education, said the government would do its best to take the institution to an enviable position.

“This institution should be repositioned, not to maintain the fourth position among its peers, but to be the foremost polytechnic nationally and globally, taking the lead role in technological education,” he said.

The commissioner alluded to the cordial working relationship with the unions and the staff, expressing the hope that it would translate into an improved level of performance in promoting the status of the institution.

He, however, charged the graduands to think of survival strategies in view of the challenges in the labour market and come up with a solution with the training and education acquired from the institution.

In his address, the institution’s Rector, Prof Kazeem Adebiyi, stated that the support received from the governor had helped in making appreciable progress.

He noted that the institution’s management had given priority to the welfare of members of staff and students and had promoted peace among students, especially in the area of unionism.

“The world has become a global village and this institution cannot afford to be left out in terms of the upgrade of its teaching facilities, both human and physical, as well as the by-products of teaching, which are the students,” he said.

The rector said that all hands must be on deck to ensure quality education at the tertiary level.

He charged the graduands to be good ambassadors of the institution.

“The institution has trained you, not only to use your brains but more importantly, your hands. Due to the nature of your training, you are job creators, not job seekers,” Adebiyi said.

In his valedictory speech, Abdulganeey Olayiwola, the overall best graduating student of the institution from the Department of Applied Chemistry, urged his colleagues to continue to work hard and pray to achieve their goals in life.