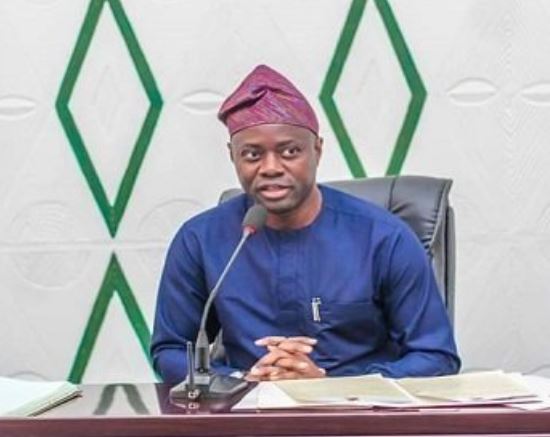 Makinde said the inauguration was to ensure that a vacuum was not created in governance, adding: “And that our people continue to enjoy the dividends that accrue from electing a legitimate government.”

The News Agency of Nigeria (NAN) reports that the governor, on assumption of office on May 29, dissolved the elected council chairmen put in place by the immediate past administration.

Makinde urged the caretaker chairmen to be good ambassadors of his administration at the grassroots.

He said: “You will agree with me that the closer government is to the people, the more impactful and meaningful the activities of government will be to them.

“Therefore, this inauguration is an integral and essential part of the good governance that we promised the people of Oyo State.

“You are indeed occupying unique positions as a link between the state government and the people.

“Ideally, you are the first point of call that should address the governance issues of the people before escalating the same to higher authorities.

“In some circles, you will be said to be the eyes and ears of the government.

“Bear in mind the four main pillars of our roadmap to accelerated development in the state, namely education, healthcare, security and the economy; through trade and agribusiness.”

He said: “I would be happy to see your plans to make sure that children get off the streets and into the classrooms.

“I know you will have more opportunities to liaise with the parents in a bid to implement our free education policies.

“You will also be in a better position to report any issue that may be working against this policy.

“So, see what is going on, listen to the complaints and challenges the parents have and talk to them about our plans.”

Makinde further said that his government planned to grow the economy of the state through agriculture and trade and advised the caretaker chairmen to remove all obstacles to business growth in their respective areas.

Makinde signed the budget at the Executive Chamber of the Governor’s Office, Agodi Secretariat, Ibadan.

Addressing top government functionaries, including the Speaker of the state House of Assembly Adebo Ogundoyin and other lawmakers, before signing the budget into law, Governor Makinde thanked the lawmakers for “promptly scrutinising and passing the budget proposal.”

He said the Appropriation Bill for the 2020 fiscal year represented the aspiration of the people of the state, adding that the government was targeting at least 70 per cent budget implementation.