NLC, TUC to pursue full implementation of minimum wage in 2020 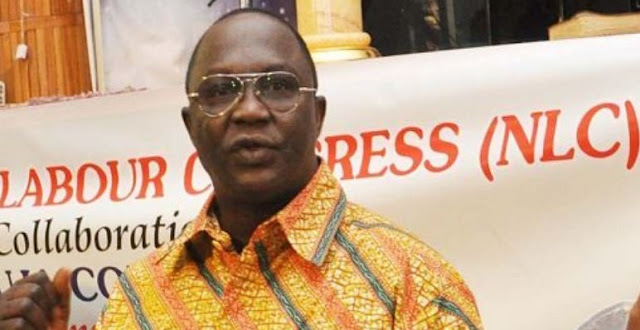 The Nigeria Labour Congress and the Trade Union Congress on Tuesday said it would pursue a nationwide implementation of the new national minimum wage and its consequential adjustment in salaries of workers in the new year.

NLC President, Ayuba Wabba and President of the TUC, Quadri Olaleye stated this in a separate new year message to Nigerians on Tuesday.

The labour leaders, in their statements in Abuja Tuesday, said organised labour would also focus on the campaign for massive employment generation and decent jobs and a robust engagement for the promotion of the rule of law and sanctity of Nigeria’s public institutions.

Other areas of focus for the NLC include an increased partnership with and support for the Federal Government’s anti-corruption fight, promotion of national security, peace and unity, good governance and respect for the rights and dignity of pensioners.

Wabba noted that no excuse would be good enough for failure to pay the new wage by state governors who are yet to implement it.

He said organised labour has directed its state councils to be on the standby to robustly engage state governments that fail to obey the new wage law.

“We use this medium to implore states that are yet to implement the new national minimum wage including the states that are yet to begin negotiation with labour on the consequential wage adjustment to speedily do the needful. In tandem with our position as adopted and communicated after a stakeholders’ meeting on December 11, 2019, organised labour in Nigeria will not guarantee industrial harmony in states that fail to implement the new national minimum wage by December 31, 2019. We direct our state councils to be on the standby to robustly engage state governments that fail to obey our laws.

“We wish to remind State Governors that no excuse would be good enough for failure to pay. The ongoing revelations on the monumental looting perpetrated by former governors prove that only an intent to loot, and deadened conscience not the availability of resources would be the reason any Governor would hesitate to pay workers the N30,000 new national minimum wage and the consequential adjustment in salaries. The new national minimum wage is now a law and State Governors do not have the luxury whether to pay or not.”

Also, the TUC noted that it would focus on the new minimum wage implementation, Nigerian rising debt profile, rule of law and, job creation/insecurity.

Other areas of focus for the TUC include fuel subsidy, cost of governance, democratic gains, free and fair election, and others.