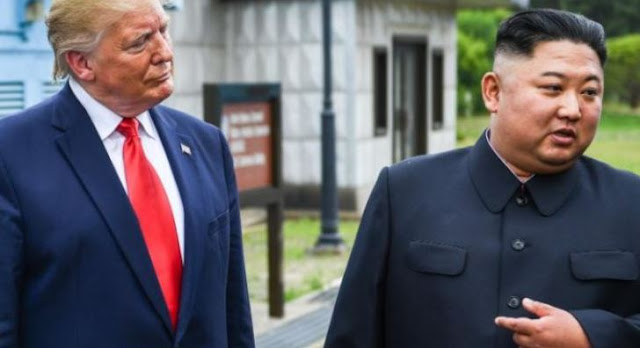 North Korea is planning to adopt a hardline policy toward the United States (U.S.) that involves taking denuclearisation off the table amid perceptions that President Donald Trump is vulnerable politically, a source familiar with the North Korean leadership’s current mindset told CNN.

The source said this new policy is likely the so-called “Christmas gift” floated by a top North Korean official earlier this month. It is expected to include abandoning negotiations with Washington and consolidating Pyongyang’s status as a nuclear weapons state.

Pyongyang will also no longer pursue sanctions relief as a means of achieving economic development either in the short-term or long-term, but will instead increase its commitment to the state’s ideology of self-reliance, known as Juche.

North Korean leader Kim Jong Un announced in 2018 that North Korea had “completed” its quest to develop nuclear weapons and vowed to fully focus the country’s efforts on economic development and improving the livelihood of his people.

It’s unclear how Trump and his administration would respond to such a decision. After Trump took office in 2017, he and Kim sparred verbally as North Korea test-fired a bevvy of increasingly advanced ballistic missiles, the type designed to deliver nuclear warheads.

A flurry of diplomacy that included three in-person meetings between Trump and Kim followed, but working-level negotiations have not made much progress. As the clock ticked closer to an end-of-year deadline for talks imposed by the North Koreans, the rhetoric on each side has taken on some of the vitriol of 2017.