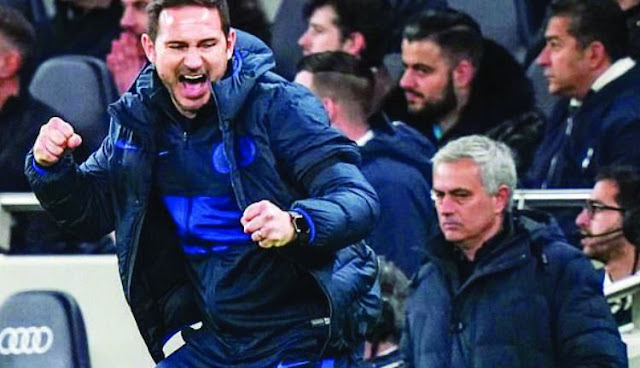 Chelsea won the intriguing fixture 2-0, thanks to Willian’s first-half brace which moved them to fourth in the Premier League table.

Frank Lampard’s side were the dominant team in the encounter and Oliseh singled out the two-goal hero for praise as the most outstanding player on the pitch.

Later in the second half, the game was disturbed by alleged racist abuse towards Antonio Rudiger and the former Nigeria coach has condemned the behaviour from the stands.

“Such a dominant exhibition of proactive football by Chelsea against Tottenham, epitomized by this exceptional player in Willian,” Oliseh tweeted. “Tactically and all other forms, Chelsea players and staff were better in my opinion. Shame, racism showed its ugly face once again. Bravo Chelsea.”

Meanwhile, Tottenham have appealed against the red card shown to Son Heung-min in the clash, manager Jose Mourinho has confirmed.

The South Korean was sent off in the second half of the 2-0 defeat after VAR ruled he had kicked out at Chelsea defender Antonio Rudiger.

Spurs are waiting to find out if Son will be available for the Boxing Day game with Brighton.