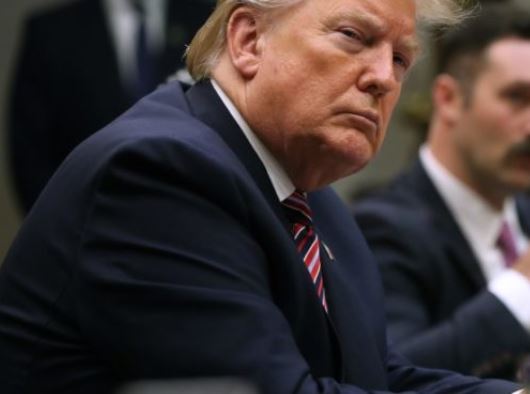 Republican Senator Mitch McConnell has explained that he has not ruled out allowing witnesses to testify in the Senate impeachment trial of President Donald Trump.

Congressional lawmakers are wrangling over Senate trial rules, with Democrats demanding witnesses to be called so that a fair trial can take place.

Trump was formally impeached by the House last week for abuse of power and obstruction of Congress.

The Senate trial is expected to begin next month, after the holiday break.

The president is accused of pressuring the Ukrainian president to start an investigation into his political rival and Democratic presidential front runner, Joe Biden.

Trump is accused of doing this by withholding military aid and making a White House visit contingent on co-operation.

Democrats have so far refused to hand over the articles of impeachment voted through in the House – the charges – to the Senate.

They want assurances from McConnell that their chosen witnesses – at least four current and former White House aides with knowledge of the Ukraine affair – will be allowed to testify.

He accused Speaker of the House Nancy Pelosi of holding “an absurd position” and said she is “apparently trying to tell us how to run the trial”.

“You know, I’m not anxious to have this trial, so if she wants to hold onto the papers, go right ahead.”

“Look, we’re at an impasse. We can’t do anything until the speaker sends the papers over, so everyone enjoys the holidays,” the Kentucky Republican added.

Trump is the third president in U.S. history to be impeached. But he is unlikely to be removed from office, as his Republican party has a majority in the Senate, where a trial will be held as stipulated in the US Constitution.

Democrats renewed their demand for witnesses over the weekend after an email emerged suggesting the White House sought to freeze aid to Ukraine just 91 minutes after Trump spoke to President Volodymyr Zelensky by phone in July. That call is at the centre of the allegations against Trump – charges he denies.

Top Senator Democrat Chuck Schumer said the email was an “explosive” reminder of the need for Senate witnesses to testify.

Schumer said he and his Republican counterpart remain at an impasse after holding a “cordial” meeting on Thursday to discuss trial rules.

He added: “We don’t know what the witnesses will say. We don’t know how the documents will read. They might exonerate President Trump or they might further incriminate him. But the truth should come out on something as important as an impeachment.”

Democrats argue that Republicans will not act as impartial jurors during the impeachment trial after McConnell pledged last week to work with “total co-ordination” with the White House.