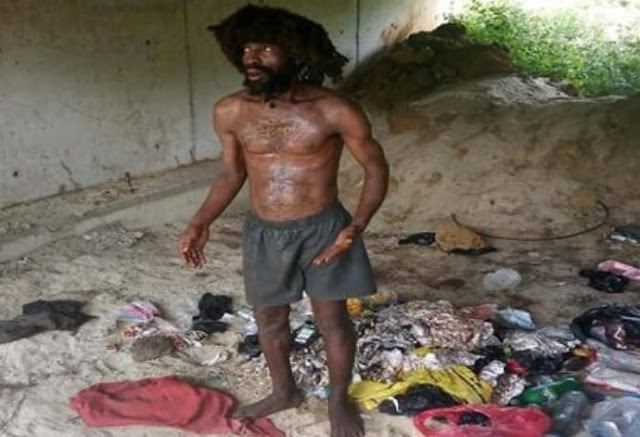 A suspected ritualist, who allegedly disguised as a madman, was lynched on Thursday evening, at the popular Otokutu Bridge in Ughelli South council area of Delta state.

The suspect was allegedly found with a human skull, assorted mobile phones and other items.

The incident caused traffic congestion in the area.

This is not the first time Otokutu Bridge, linking Uvwie, Udu and Ughelli South local government areas, is being linked to activities of suspected ritualists.

Members of a local vigilance group had trailed the suspect to his hideout located under the bridge after he was sighted receiving phone calls like a normal person.

The man was said to have thrown one of the phones into the river when he sighted the local security men.

He was severely beaten by youths of the area before being set ablaze.

However, the Delta State Police Command said it was unaware of the incident.

In a telephone conversation with our reporter, Commissioner of Police, Mr. Adeyinka Adeleke, said: “I am not aware”.