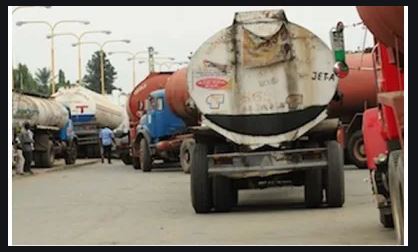 A petrol tanker Friday crushed a 13-year-old in Owerri, the Imo state capital.

The incident reportedly occurred after the driver lost control of the vehicle in an attempt to climb the hilly road heading towards Aba Road.

It was gathered that the unnamed girl was assisting her mother to sweep the road.

A witness, Chima Ngoka, told The Nation that the girl and her mother were about crossing the road when the tanker emerged.

Ngoka, said ‘’it was while the girl and her mother were waiting for the tanker to pass that it lost control.

‘’While the mother escaped death by whiskers, the girl was trapped under the fallen tanker and was still there around 2.00pm when the members of Red Cross confirmed her dead.’’

The Nation, however, observed that there was no spillage even as the area was sealed off by personnel of the Nigeria Security and Civil Defence Corps and Federal Road Safety Cops, while men of the state fire service were also at the scene of the incident.